Manchester United’s new formation – Is it the way forward? 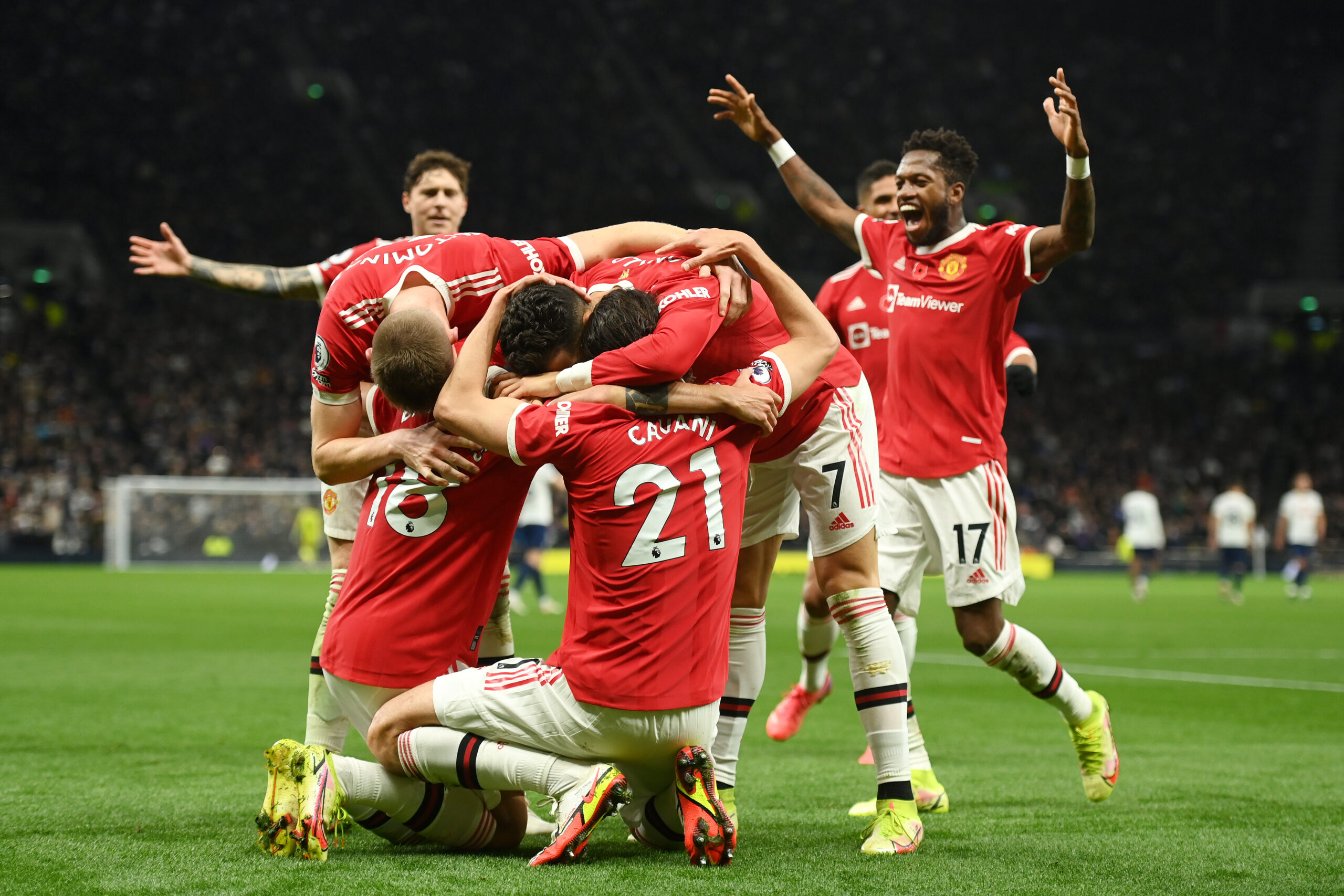 There are very few managers in the country who are under more pressure than Ole Gunnar Solskjaer.

After a run of form which saw Manchester United fall eight points off top spot, there have been widespread calls for the Norwegian to be sacked.

They were humiliated by bitter rivals Liverpool at home last week, who stuck five past them without reply. There was a feeling that a defeat away at Tottenham Hotspur could be the end of the line for the manager.

Spurs haven’t exactly been having the greatest season – manager Nuno Espirito Santo was also clinging onto his job and was subsequently dismissed after the game.

But any side featuring Harry Kane and Heung-min Son is a threat, especially against a questionable defence.

But, as it turns out, Solskjaer managed to pull an emphatic 3-0 win out the bag, thanks to goals by Cristiano Ronaldo, Edinson Cavani and Marcus Rashford. His side rose to the occasion, and he lives to fight another day.

The 48-year-old opted to change from his usual system, playing a 3-5-2. He had Harry Maguire, Raphael Varane and Victor Lindelof at centre-back and Aaron Wan-Bissaka and Luke Shaw as wing-backs.

Scott McTominay and Fred were in central midfield, with Bruno Fernandes behind a strike partnership of Cristiano Ronaldo and Edinson Cavani.

The new set-up worked on the weekend, but is it just a short-term fix? Or will the manager use it going forward? It should be interesting to see whether he sticks with it in the coming weeks.

Who does the system benefit?

In the lead up to the game, the defence was a massive concern for United.

They had kept just one clean sheet all season and had come into the game fresh off a 5-0 mauling against Liverpool. Kane and Son would have been hoping to do some serious damage.

But the pair were kept quiet, and the Red Devils secured their second shut-out. Aside from a couple of moments in the first half, it was a relatively comfortable evening for the visitors’ backline.

Meanwhile, it didn’t hinder them too much down the other end. With players like Fernandes, Cavani and Ronaldo, you’re always going to show some threat.

Speaking of Cavani, he’s another who will benefit from the new system.

Before Saturday, United often lined up with only one striker. When you have football’s record goalscorer in your squad, that man tends to be at the front of the queue.

However, two up top gives Cavani more minutes on the pitch. And the Uruguayan took his opportunity, brilliantly finishing from Ronaldo’s through ball to make it 2-0 in the second half.

But it’s not just the goals that the veteran adds. One of the biggest criticisms of United in recent weeks has been the lack of pressing from the front, with many pointing the finger at Ronaldo.

This is what Cavani brings to their frontline. He’s a relentless runner who allows them to defend from the front while also offering plenty of goals.

Who won’t benefit from the new system?

The result in north London may have been a positive one, but some players may not be so enthusiastic about the new formation.

Obviously, there aren’t any wingers in a 3-5-2. Instead, the width comes from the wing-backs.

There is still room for Rashford, Mason Greenwood and Anthony Martial. All three have experience playing through the middle and can deputise in place of Ronaldo or Cavani if needed.

However, Jadon Sancho doesn’t have this option. He has played as an out-and-out winger for pretty much all of his career.

He can fit in as an attacking midfielder, but the chances of him ousting Fernandes from that role are almost zero. This leaves his only option as a wing-back.

In the games against the smaller sides, we could see Sancho in this role. Wan-Bissaka is notoriously limited going forward, which will inhibit them in the matches that they’re expected to win comfortably.

But when they face big teams, it is difficult to see the former Borussia Dortmund man lining up as a wing-back. He wouldn’t offer enough at the back and could seriously struggle up against a top-class winger.

The summer signing is already under a lot of pressure, having failed to register a goal or an assist in a red shirt yet. If he is forced out of position, he could lose his place in the England squad in the run-up to the World Cup.

Paul Pogba is in a similar boat. Throughout his time at Old Trafford, he has played as a central midfielder and out on the left.

He isn’t going to be a left wing-back, so we can forget about that idea. Additionally, he likely won’t take Fernandes’ position as an attacking midfielder.

That leaves the central midfield role, which is occupied by McTominay and Fred. Pogba brings a lot more quality, but Solskjaer would have to sacrifice some defensive solidity to bring him into the starting XI.

Again, in the fixtures against the lesser teams, this is a viable option. But up against the likes of Chelsea and Manchester City, the Frenchman will probably be on the bench.

It’s not easy seeing a player of Pogba’s stature being happy to sit out of the big games.

And, with just months remaining on his contract, United will need to keep him satisfied or else they could lose him for free.