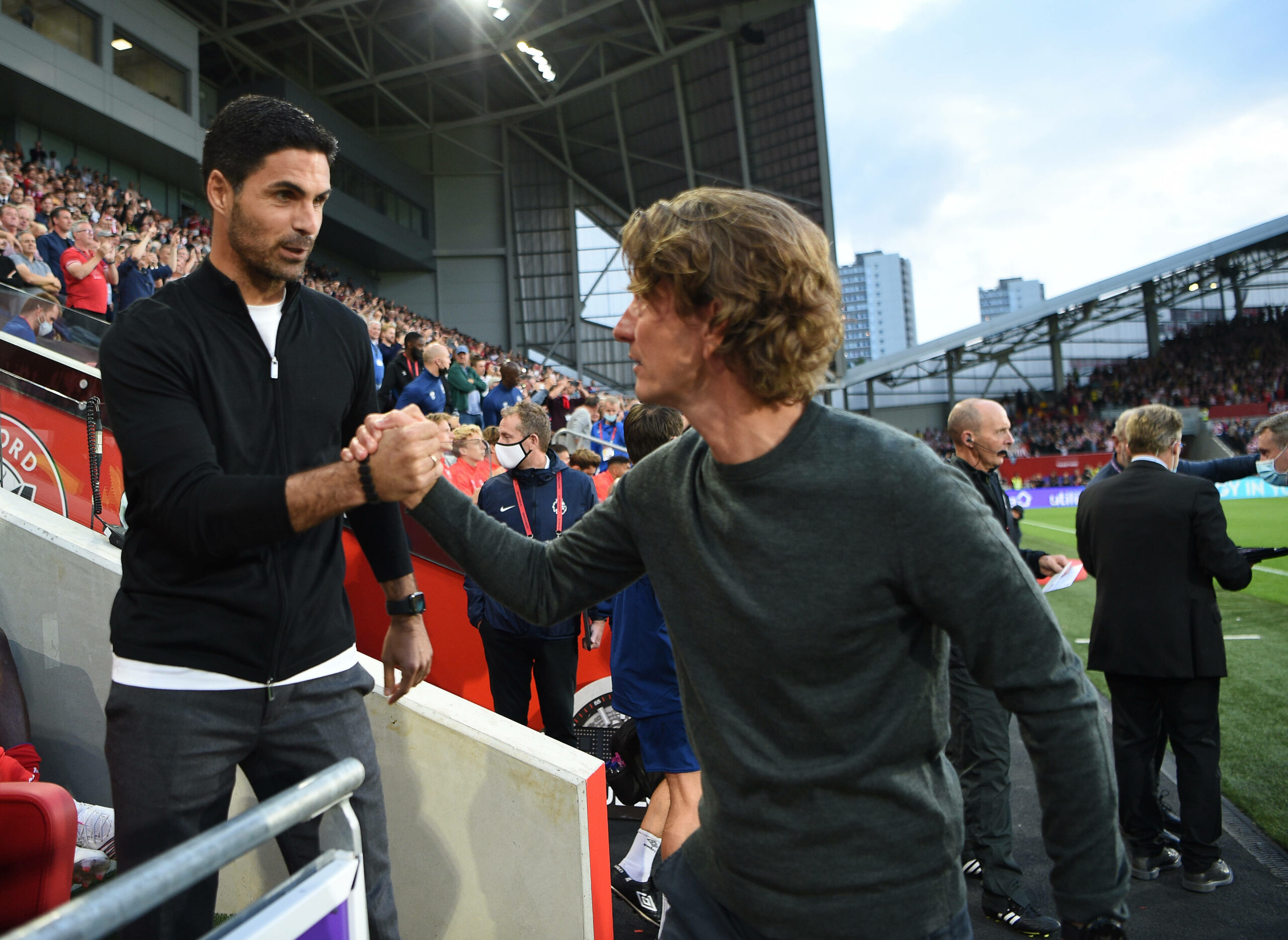 In the absence of several senior first-team stars, including Pierre-Emerick Aubameyang and Alexandre Lacazette, the Gunners were stunned at the Brentford Community Stadium.

With the standout duo ruled out with illness, Arteta had to hand the academy product Folarin Balogun a rare start in the centre-forward role.

However, a lack of support from wide areas and another lucklustre defensive display from Arsenal saw Brentford stroll to a landslide victory in their first-ever Premier League match.

In the post-game interview, Arteta refused to hide his frustration for his side’s disappointing start to the season.

“I’m disappointed – we started the season against a good opponent,” he told BBC Sport as relayed by the Daily Express.

“I don’t think we deserved anything different. They scored from a long throw-in and we didn’t have enough presence in the box.

“The first goal gave them some hope. We wanted to play better in the second half, but we need many more shots on target, then we conceded on a set-piece.

“A lot of young boys were doing everything they can. For some of them, it was the first experience in the league – that says a lot.”

Speaking of Arsenal’s growing injury problems, Arteta maintained he has to find a way to cope with the absence of some of his most significant players.

“I can’t change that,” he added. “We knew that before the game. I don’t know [if they’ll be available for the next game].

“What I can control and help, I’ll put all my enthusiasm and work into that.”

After back-to-back underwhelming eighth-place finishes, Arsenal were hopeful of launching a better Premier League campaign this time around.

However, their hopes were quickly dampened as former Liverpool winger Sergi Canos notched a brilliant opener to put Brentford in front 22 minutes inside the match.

Christian Norgaard was quickest to react from a long throw-in to put the game to bed in the 73rd minute and ensure the Bees claim a well-deserved triumph.

Arsenal have a tough two weeks ahead of them – Champions League winners Chelsea visit the Emirates, there’s a trip to West Bromwich Albion in the Carabao Cup before an away game at the Etihad Stadium to play Premier League champions Manchester City three days later.