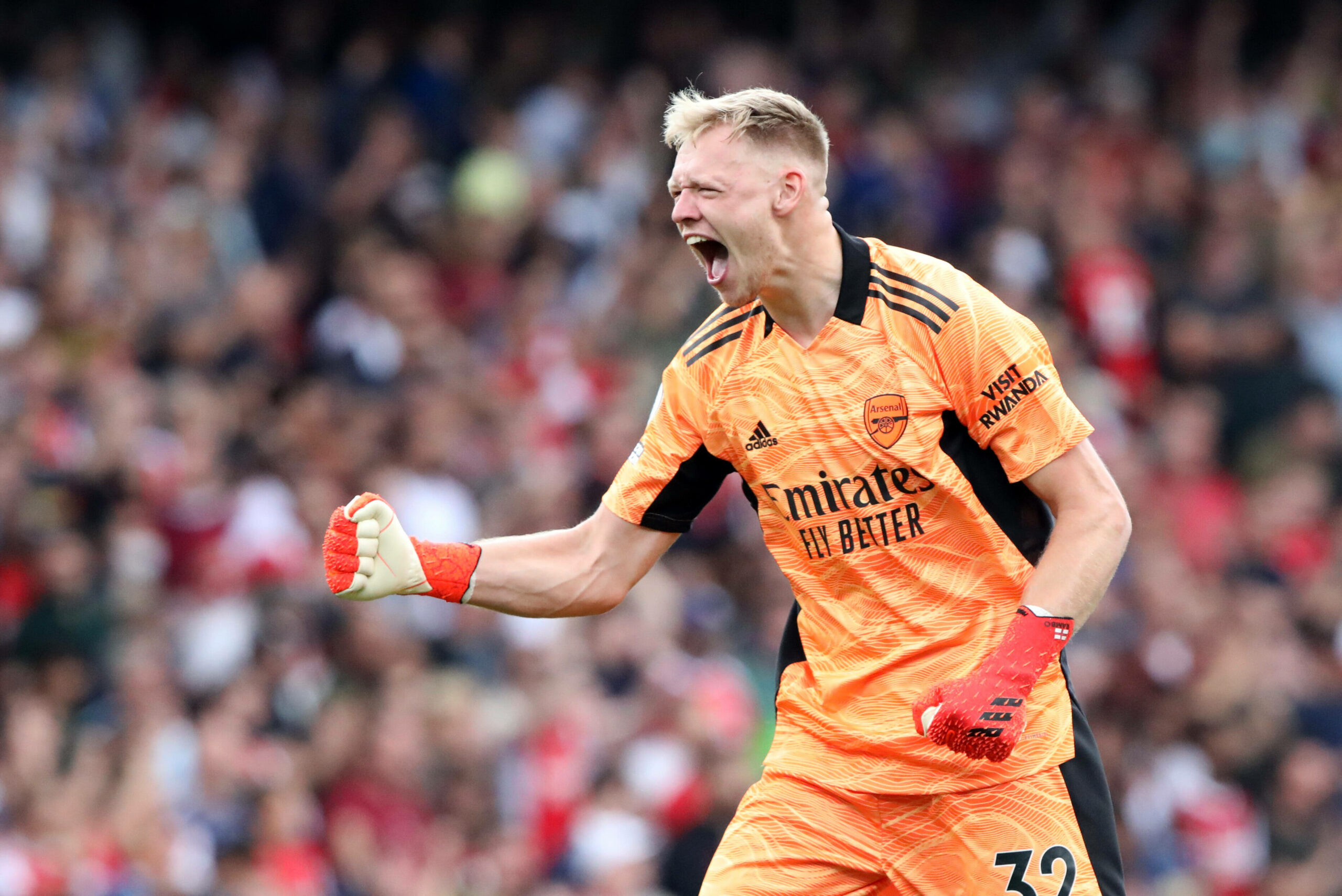 The 23-year-old made his Gunners debut in the Carabao Cup against West Bromwich Albion last month, where the club won by a comfortable 6-0 scoreline.

He was handed a surprise league debut for the club on Saturday. The shot-stopper made the most of the opportunity with a calm and composed display.

Ramsdale looked untroubled over the course of 90 minutes. He delivered four long balls and was confident to dribble his way out of trouble against Teemu Pukki.

Speaking after the game, Arteta said that Ramsdale was ‘terrific’ and talked about his energy and body language while communicating with his teammates.

He told Arsenal.com: “I think he was terrific. It is not only what he did on the technical side, it is what he transmits, his energy, his chemistry with the backline, how he reacts, his body language. I think it was top.”

When asked about the decision to drop Bernd Leno, Arteta said that he will assess the performances of both goalkeepers, and the one more reliable and confident will start between the sticks.

He added: “We have two fantastic goalkeepers and never forgot what Bernd has done for us and what a good goalkeeper he is.”

“I had to make decisions and I felt Aaron was the right one to do so and like in any other position, and that is what we decided today.”

Leno has been a fantastic signing for the Gunners, but he has been prone to the occasional errors in goal.

It was not expected that Arteta would make a change. Ramsdale now has an excellent chance to cement a starting position.

One of Leno’s weaknesses has been his lack of regular communication with his defenders, which is not the case with Ramsdale.

He was quite vocal on his league debut, and Arteta has personally admitted that he was impressed by the same.

Ramsdale has been flawless with his two performances so far. He will need to stay consistent to make the number one position his own.