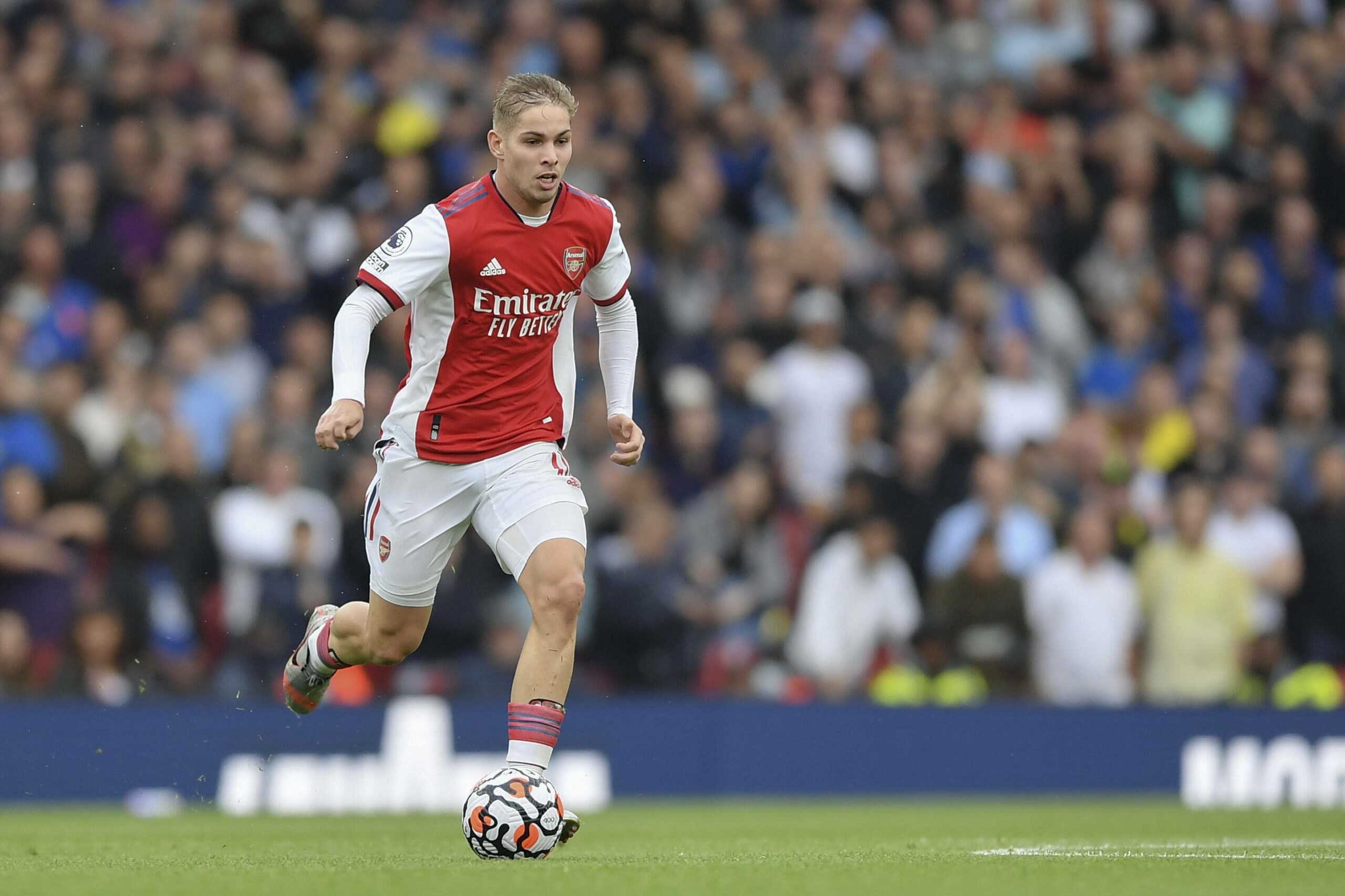 Arsenal manager Mikel Arteta spoke about Emile Smith Rowe and Takehiro Tomiyasu in the lead-up to this weekend’s Premier League clash against Norwich City at the Emirates Stadium.

The Gunners have made a dreadful start to the current campaign. They have failed to pick up a point from their first three league games and are bottom of the table.

Arteta will be eyeing a strong response from his team after the international break, but it appears that the Gunners could be missing the services of Smith Rowe on Saturday.

Smith Rowe was ruled out of the final Under-21 European qualifier for England as he was ‘unwell. Arteta has now revealed that the 21-year-old has not been ‘feeling good’.

A late fitness test could determine his inclusion in the matchday squad. Arteta told football.london: “He’s carrying an illness. He has not been feeling good. Let’s see how he is in the next couple of days.”

When asked about summer signing Tomiyasu, Arteta talked about his ability to feature anywhere in defence but hinted that he could primarily play from the right-back spot.

“Tomiyasu has the ability to play anywhere in a back four,” he added. “He gives us different qualities in that right back position. He brings qualities that we didn’t have in the squad.”

The Spaniard confirmed that the 22-year-old could make his club debut on Saturday, provided the club are successful in landing his work permit before Friday’s cut-off time.

The Gunners will welcome the return of key players in Ben White, Gabriel Magalhaes and Thomas Partey. The trio are back in full training after recent fitness concerns.

Smith Rowe’s absence may not hamper the club greatly as they are well covered in the wide attacking department with Nicolas Pepe and Bukayo Saka in the ranks.

Arteta would have liked to ease Partey into the proceedings after a month-long absence with an ankle injury, but it appears that he could make the starting XI.

He appears likely to partner Albert Sambi Lokonga this weekend unless Arteta makes the surprise decision to field Ainsley Maitland-Niles in the centre of the park.

Granit Xhaka remains unavailable due to a three-match domestic suspension. He is not expected to return to London until Sunday after isolating due to COVID-19.

Mohamed Elneny has also been ruled out for the encounter. The Egypt international is out for two to three weeks after picking up a hamstring injury in a friendly last week.

Meanwhile, Gunners fans will be eager to see the first sight of Tomiyasu playing for them. His involvement entirely depends on whether the club can secure his visa on time.