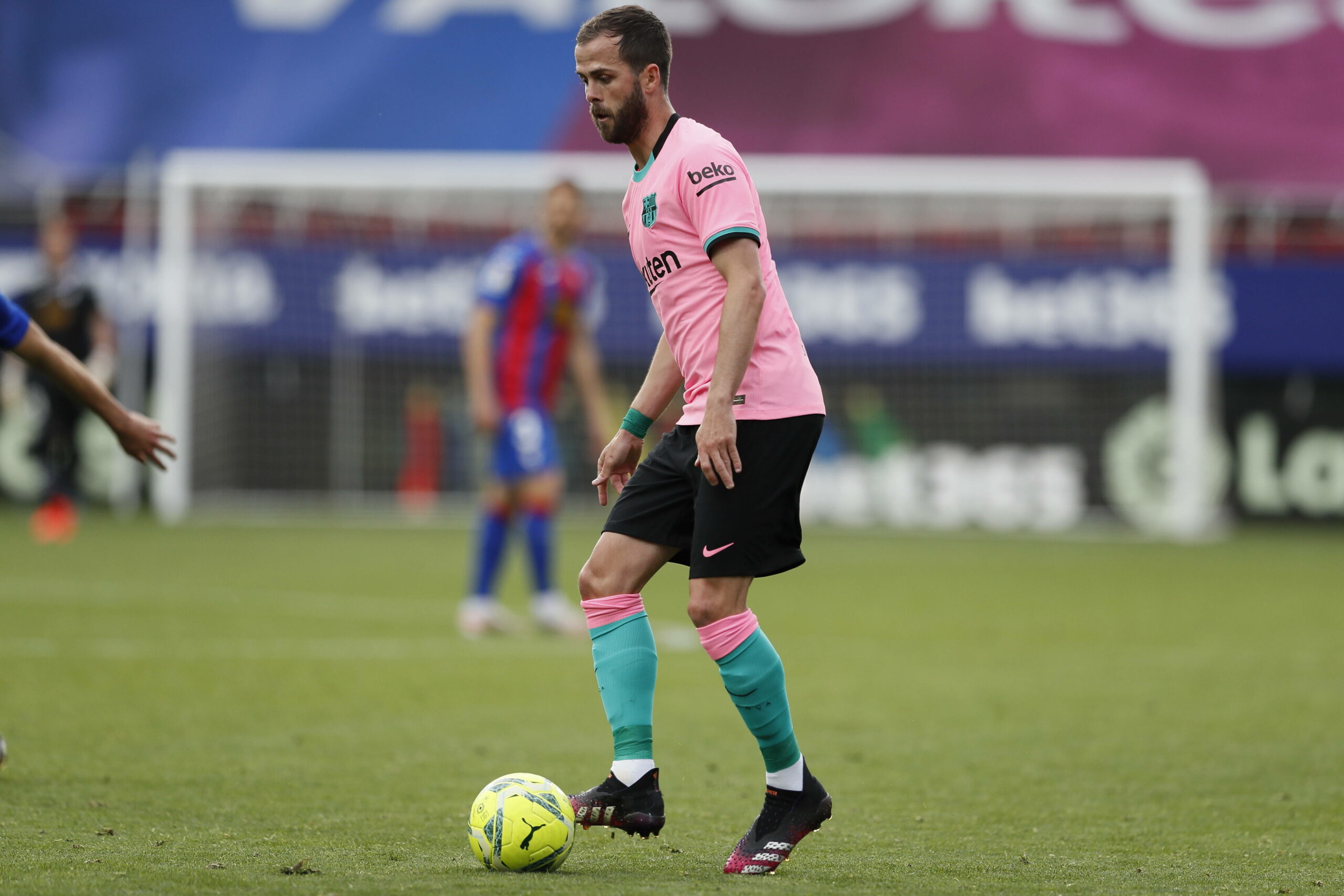 Wantaway Barcelona playmaker Miralem Pjanic is reportedly ready to give up a large portion of his salary to secure a return to Juventus in the summer.

As reported by Spanish publication Mundo Deportivo, the Bosnia & Herzegovina international is keen to sever ties with the Camp Nou outfit and reunite with his former boss Massimiliano Allegri.

In order to facilitate a move back to Serie A, Pjanic is willing to take a significant pay cut after being informed by Barcelona that his services are no longer needed.

The 31-year-old enjoyed a blistering four-year stint at the Allianz Arena between 2016 and 2020, registering 178 appearances for the Bianconeri en route to lifting seven major titles.

After helping Juventus win four Serie A crowns and finish runners-up to Juventus in the 2017 Champions League, the ex-Roma midfielder is desperate to invoke the memories next term.

Pjanic moved to Barcelona last summer as part of a coordinated swap deal that saw Arthur Melo head in the opposite direction, expecting to become a cornerstone of Ronald Koeman’s midfield.

However, the move has turned out to be a complete disaster, with the deep-lying playmaker recording a mere six La Liga starts in 2020/21.

Indeed, the experienced metronome has found himself behind the likes of Frenkie de Jong, Sergio Busquets and Pedri in the pecking order and has now been deemed surplus to requirements.

On the other hand, Juventus will be glad to welcome Pjanic back to Turin, especially in the wake of Allegri’s return to the helm.

During the Italian’s previous stint at the club, the Bosnian was one of the key figures in the first team, which improves the odds for a reunion.