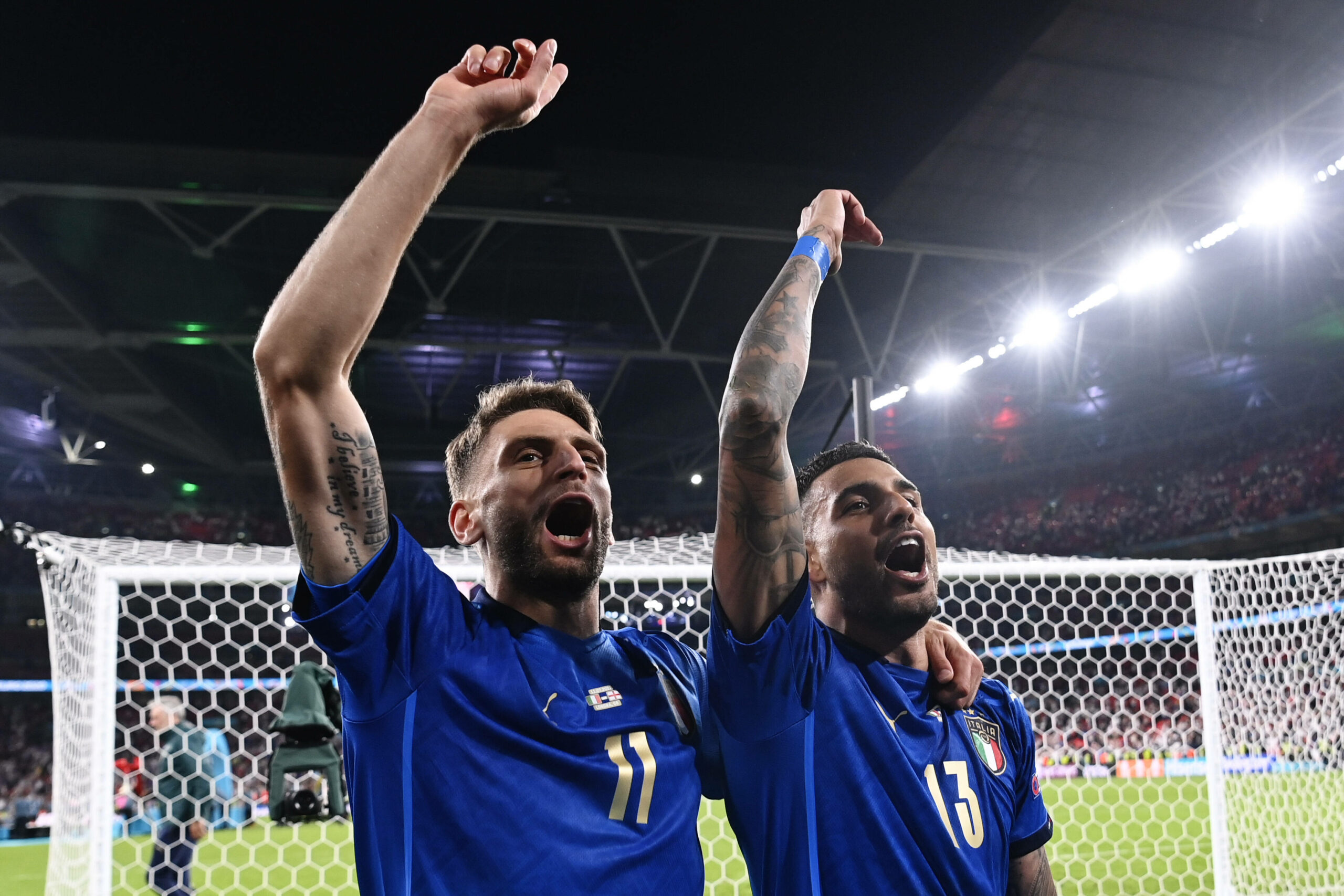 Napoli have identified Chelsea misfit Emerson Palmieri as a top target for the left-back position, according to Italian publication Calciomercato.

Following an underwhelming three-year spell at Stamford Bridge, the Euro 2020 winner with Italy is expected to depart London in the coming weeks.

The 26-year-old has been Thomas Tuchel’s third-choice left-back, with Ben Chilwell and Marcos Alonso both ahead of him in the pecking order.

Despite failing to register a single Premier League appearance last season, Emerson made the final cut for Euro 2020 and played a prominent role in Roberto Mancini’s side title charge.

Though Roma’s Leonardo Spinazzola started the tournament as a first-choice left-back, his injury in the quarter-final encounter against Belgium opened the door for Palmieri.

Encouraged by solid Euro displays, the ex-Santos youngster is keen to secure regular first-team football in the summer.

And Napoli could offer him an escape route from the Premier League as Gennaro Gattuso hopes to reinforce the left flank.

The Partenopei are in the market for a new left-sided player to replace injury-prone Faouzi Ghoulam and outgoing Mario Rui.

While the former spent almost the entire 2020/21 campaign nursing injuries, the latter failed to achieve consistency and could join Galatasary this summer.

Napoli are monitoring Getafe’s Mathias Olivera, who is valued at €15million, but Emerson remains their prime objective.

Although Chelsea are open to the idea of selling their outcast, they will demand close to €20m to sanction the deal.

Yet, Napoli will have to overcome stiff competition from Inter Milan and Roma to bring Emerson back to Italy.

The newly-crowned Serie A champions are actively searching for long-term replacements for Achraf Hakimi and Ashley Young after the duo left the club this summer.

Meanwhile, Spinazzola faces a length spell on the sidelines after suffering a ruptured Achilles tendon, which has forced Roma to dive into the market.