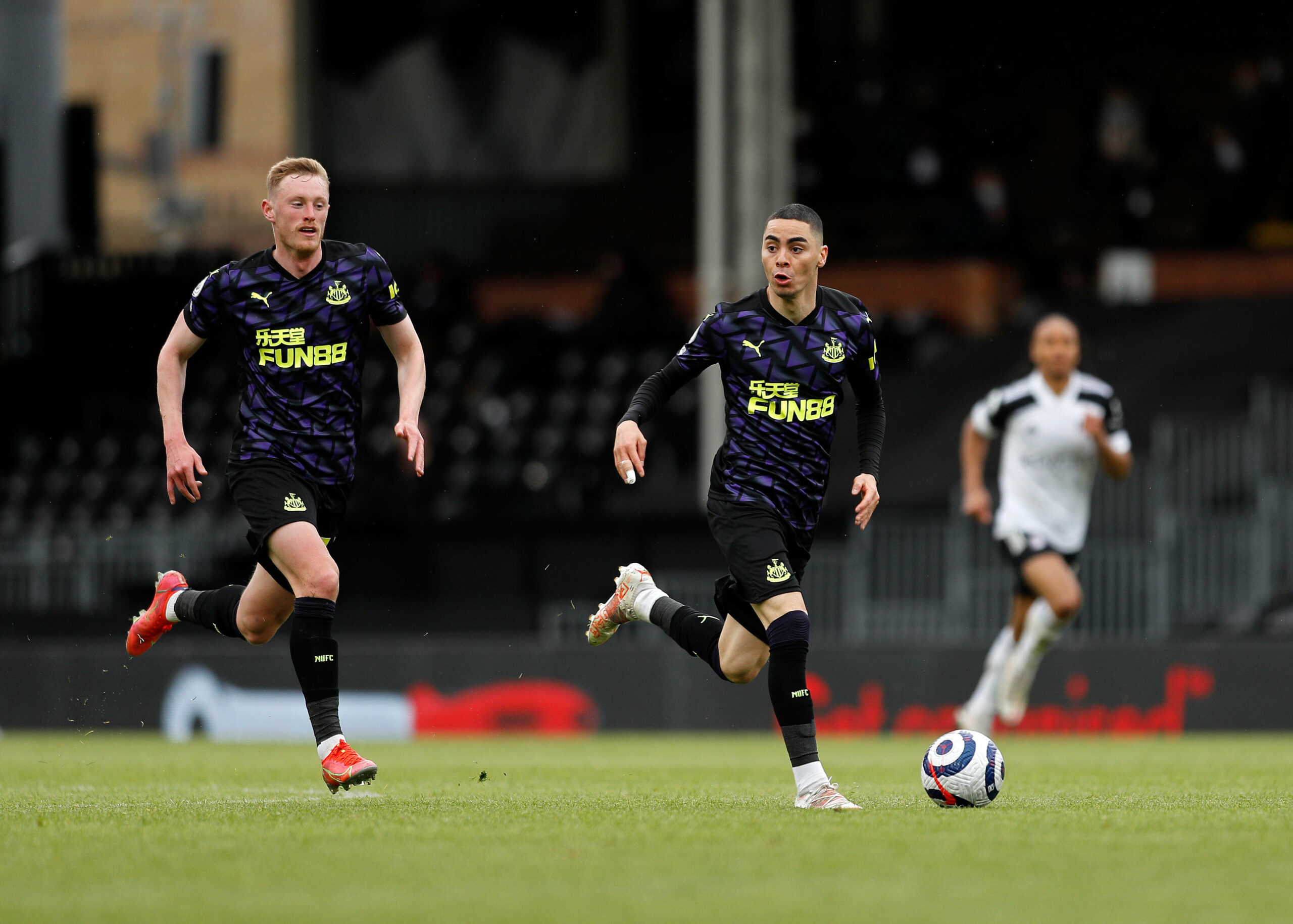 Some Newcastle United fans were impressed with the performances of Miguel Almiron and Sean Longstaff during the club’s 4-1 Premier League defeat at Manchester United.

The Magpies went into the game as clear underdogs, and they conceded right before the half-time interval.

Shortly after the break, Steve Bruce’s side equalised. It was largely due to the efforts of Almiron.

The Paraguayan made a terrific counter-attacking run before laying the ball for Allan Saint-Maximin.

Saint-Maximin then squared a pass for Javier Manquillo, who bagged his maiden Magpies goal.

Almiron made another similar run moments later, but his final cross into the box let him down.

However, it was a positive display from the attacker, who has received his fair share of criticism from some fans.

Longstaff was equally impressive with his driving runs from the centre of the park.

The club graduate made the most passes among Magpies players (53) while winning three tackles.

Here is how some fans reacted to the duo’s display at Old Trafford.

The Magpies were defensively solid during the opening half but conceded a cheap goal before the break.

Ronaldo made it 2-1 after the hour mark. Woodman was once again as the Portuguese’s low shot nutmegged him.

The Magpies did not deserve to lose 4-1, and question marks will be raised over Woodman’s position.

With Karl Darlow back available, there is a high possibility of him replacing the club graduate between the sticks.