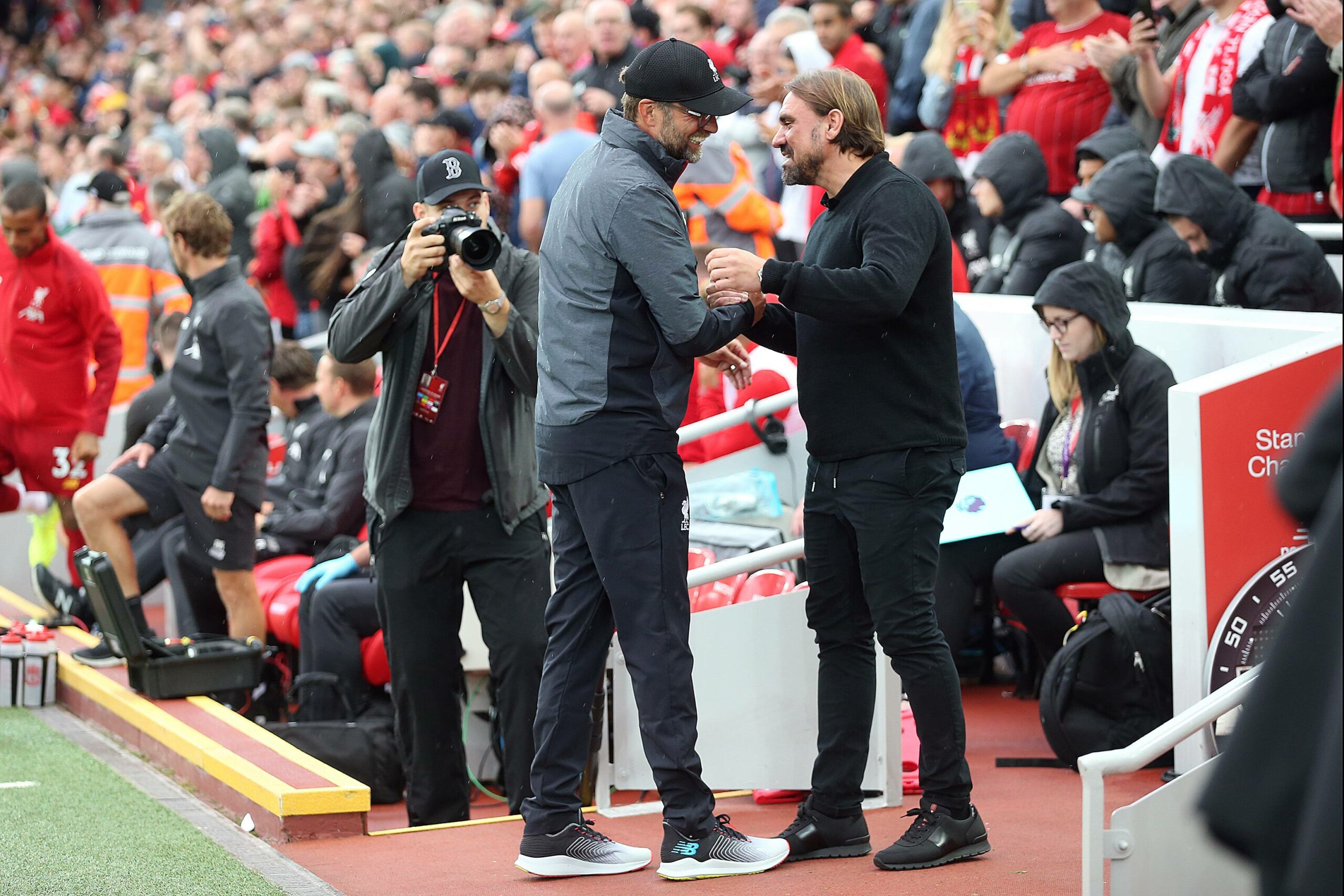 Liverpool’s pursuit of their first Carabao Cup crown since 2012 gets underway on Tuesday as they head to Carrow Road to take on out-of-sorts Norwich City.

The Reds have won the competition eight times – the joint-most titles alongside Manchester City – but they have failed to lift the trophy in almost a decade.

Since conquering the competition in 2012, the Merseyside giants have reached the final once, losing to Manuel Pellegrini’s Man City on penalties in 2016.

Jurgen Klopp’s side successfully negotiated their third-round tie against Lincoln City 7-2 last season but failed to move past fellow Premier League rivals Arsenal in the subsequent round.

Norwich prioritised top-flight promotion last season, so it is not surprising that they bowed out of the Carabao Cup early, courtesy of a 3-1 thrashing to Luton Town.

The Canaries have experienced a disastrous Premier League start this season, losing all five matches by an aggregate scoreline of 14-2.

Although they remain the only side in the top-flight yet to claim a single point, Daniel Farke’s men have impressed in their previous Carabao Cup outing, thumping Bournemouth 6-0 in late August.

Norwich will need to emulate that kind of performance to avoid extending their losing run against Liverpool at home to nine straight games, having failed to score in each of the last two.

Despite poor results, the hosts have been fun to watch for neutral this term as their four competitive fixtures at Carrow Road have all featured 3+ overall goals.

Liverpool’s form this season has been a sharp contrast to Norwich’s underwhelming displays as they head into proceedings on the back of a 3-0 hammering of Crystal Palace at the weekend.

Barring a 1-1 draw with Chelsea at Anfield on the eve of the international break, the Reds have won all five remaining matches in all competitions this term, netting precisely three goals four times in the process.

A 3-0 victory at Carrow Road on the opening Premier League weekend took Liverpool’s unbeaten streak in competitive H2Hs to 15 games (W13, D2), all of which came in England’s top-flight.

However, the Merseysiders have failed to overcome fellow top-flight rivals in five of their last six League Cup ties, with a penalty shoot-out win over Arsenal in the 2019/20 third round being the solitary exception to this run.

Liverpool have not met Norwich in the League Cup this century, but they have won both previous encounters in this competition.