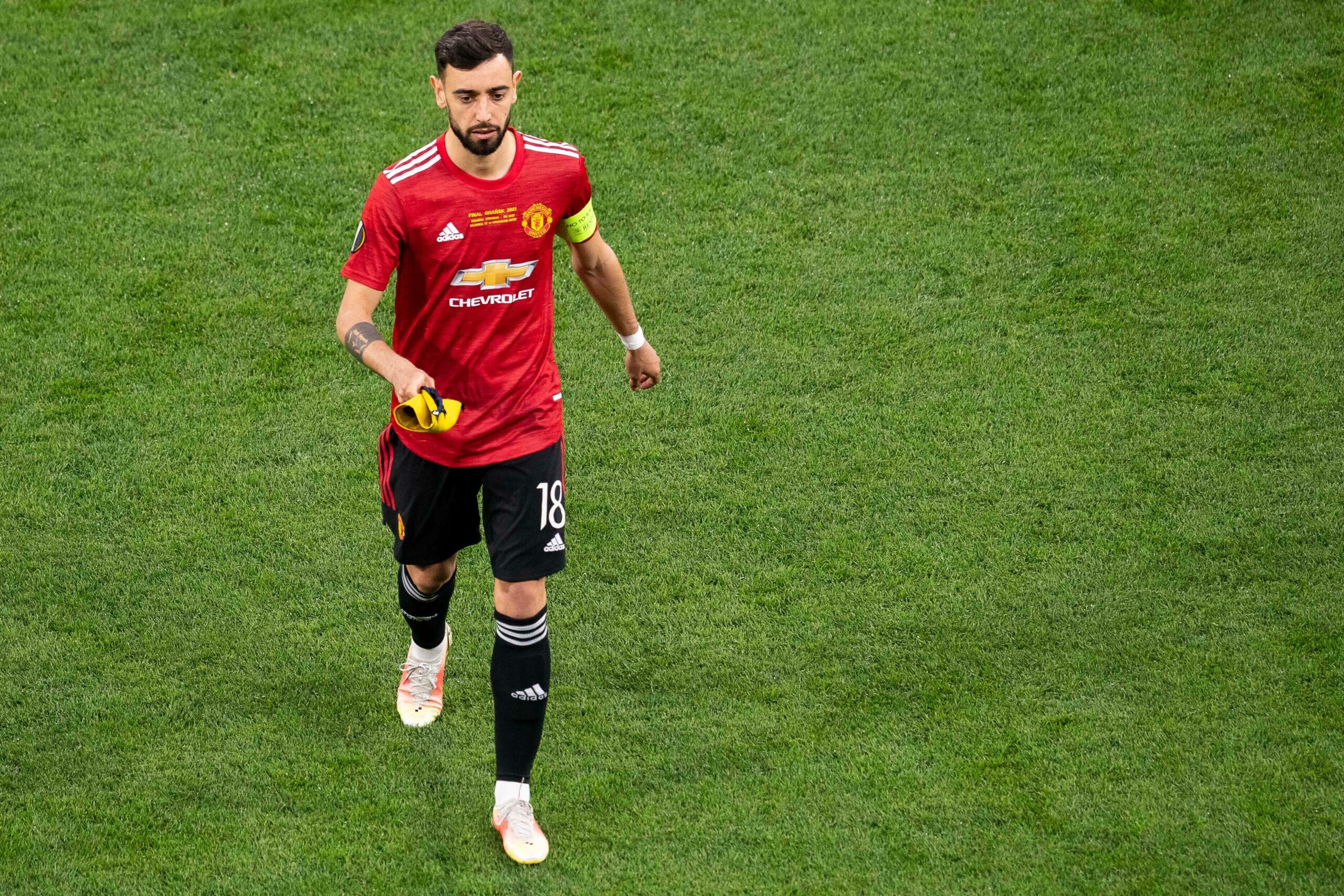 In an extensive interview with ESPN, Solskajer confessed he ‘overplayed’ the Portugal international last season but only due to the playmaker’s tremendous impact on the team.

“Bruno last year – maybe I overplayed him, but it was because he was so important for us,” he said.

“Adding these extra players – Jesse [Lingard] coming back, Jadon [Sancho] coming in, Anthony [Martial] being fit again – gives us a lot more to work with.”

Fernandes barely missed a game for United last term, having made 51 starts in all competitions, adding another seven appearances from the substitutes bench.

No Red Devils player came nowhere near the 26-year-old’s game time during the 2020/21 campaign, which had devastating consequences on the midfielder’s performances at the European Championships.

Despite his outstanding individual season at Old Trafford, during which he racked up 28 goals and 17 assists in all competitions (via Transfermarkt), Fernandes faltered for Portugal this summer.

It was evident that fatigue caught up with the ex-Sporting Lisbon man at Euro 2020, as he finished the tournament without a single goal contribution and a disappointing overall impression.

However, that does not change the fact the Red Devils were over-reliant on their headline performer last season.

Despite having other high-profile names in the squad, Solskjaer’s game tactics were all about Fernandes, who barely put a foot wrong throughout the season.

Additionally, the Red Devils were overly dependant on him to take penalties, free-kicks and corners, with Solskjaer putting his set-piece tactics entirely in his hands.

Paul Pogba did his share in relieving some pressure from Fernandes over the playmaking duties, but Martial and Mason Greenwood often failed to help to shoulder the scoring burden.

With the Frenchman now returning to full fitness and Sancho expected to do his magic in the front third, Bruno could get some much-needed breathing space next term.

Donny van de Beek has also improved his physical condition over the summer and could be in the picture for a more prominent role in the upcoming season.

If the Dutchman rediscovers his confidence and form, Fernandes could be surrounded by a group of top-class players to help him bring United back to their former heights.