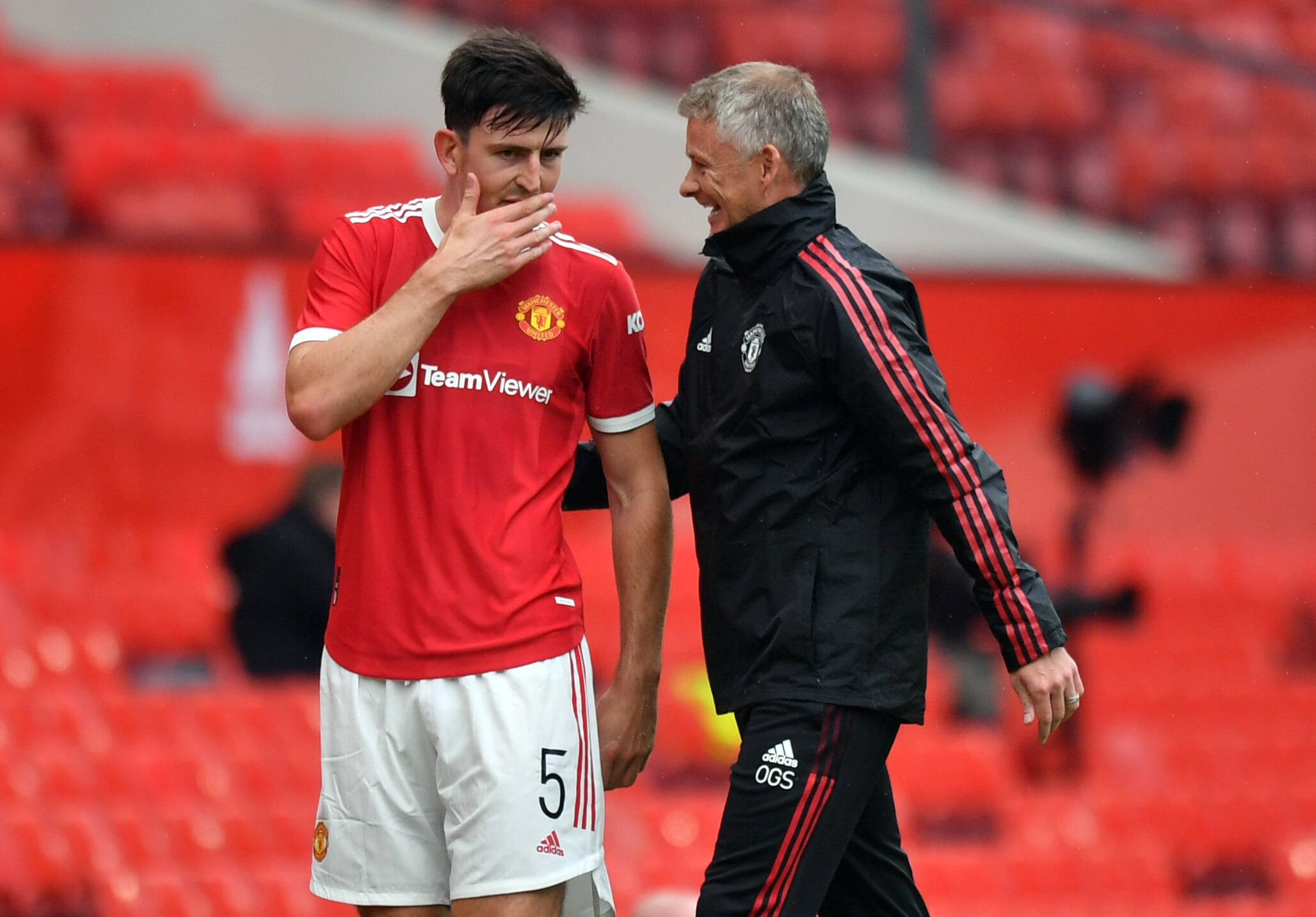 Ole Gunnar Solskjaer heaped praise on Harry Maguire as Manchester United signed off for their pre-season campaign with a 4-0 thumping of Everton.

After the game, the manager waxed lyrical about his captain, who seems to be hitting his stride following blistering displays at the European Championships this summer.

“I’ve not had a lot of time with Harry since he came back, but the summer practising set plays with Luke and England has helped us,’ Solskjaer told United’s official website.

“Today was a good delivery [and] a good header. Harry knows we demand more from him in the goal tally.

“He’s one of the best with getting the first contact, but too many times it’s flown over the bar but well done [for today], he’s in good nick after the Euros and looked very good today.”

Maguire marked his return to the Red Devils after taking part in England’s runner-up finish at Euro 2020 with a strike, with Luke Shaw delivering an assist.

Bruno Fernandes made sure to steal the show and regain confidence following a dismal Euro 2020 campaign, scoring a sublime free-kick just before the half-hour mark.

Although United lost momentum after Solskjaer replaced almost his entire line-up in the second half, Diogo Dalot sealed an overwhelming victory in the 92nd minute.

Saturday’s performance comes as a massive confidence boost ahead of the upcoming league campaign.

United’s new Premier League season will start in a week as they welcome Leeds United to Old Trafford on August 14.

After finishing second to rivals Manchester City in 2020/21, the Red Devils will be looking to go one better next term.

The acquisition of Jadon Sancho and the anticipated arrival of Raphael Varane shows United mean business.