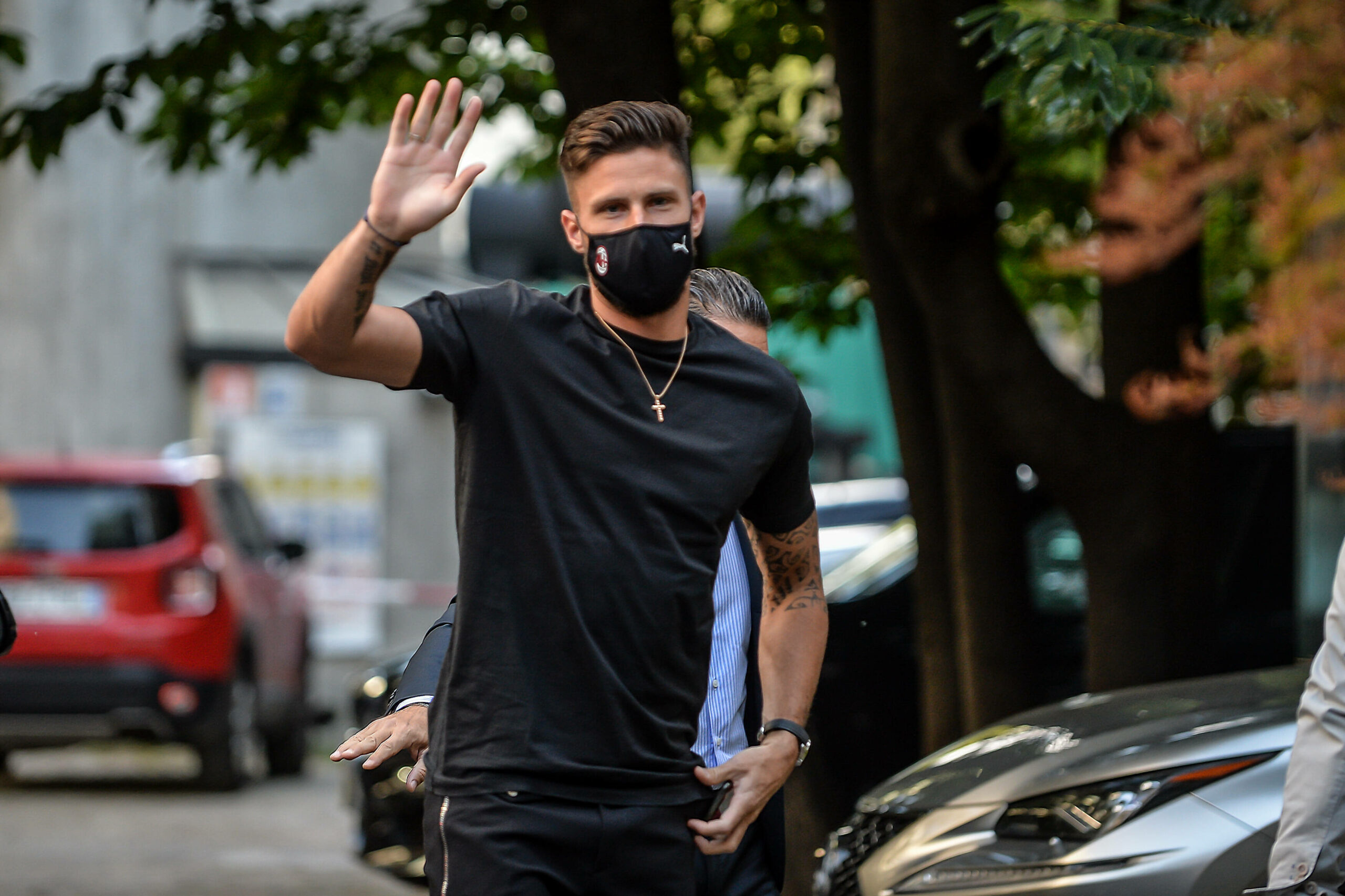 Olivier Giroud is completing his medical with AC Milan ahead of singing a two-year deal with the Serie A club, Sky Sports reports.

The France striker arrived at Milan’s La Madonnina at approximately 7am this morning ahead of finalising his move from Chelsea.

Giroud, had signed a new one-year deal with the Blues last summer and the club opted to extend it by a further 12 months in June, however the 34-year-old now looks set to depart from the Premier League after a nine-year stay.

The transfer fee for the France striker is understood to be around €1 million with an extra €1 million in bonuses subject to a number of appearances and qualification for the Champions League.

AC Milan finished runners-up to bitter rivals Inter Milan last season in Serie A, securing a return to the Champions League after a seven-year absence.

Giroud – who lifted the Champions League with Chelsea in May – will provide crucial experience up top for the Rossoneri alongside regular forwards Zlatan Ibrahimovic and Rafael Leao.

Giroud registered 39 goals in 119 appearances during his time at Stamford Bridge, a credible record given the striker’s impact often coming from the bench.

The World Cup winner’s physical presence and eye for goal will allow him to quickly adapt to the style of play in Serie A, and with the chance to play more regular football, there is no doubt the veteran striker will be able to assert himself in Stefano Pioli’s starting XI.