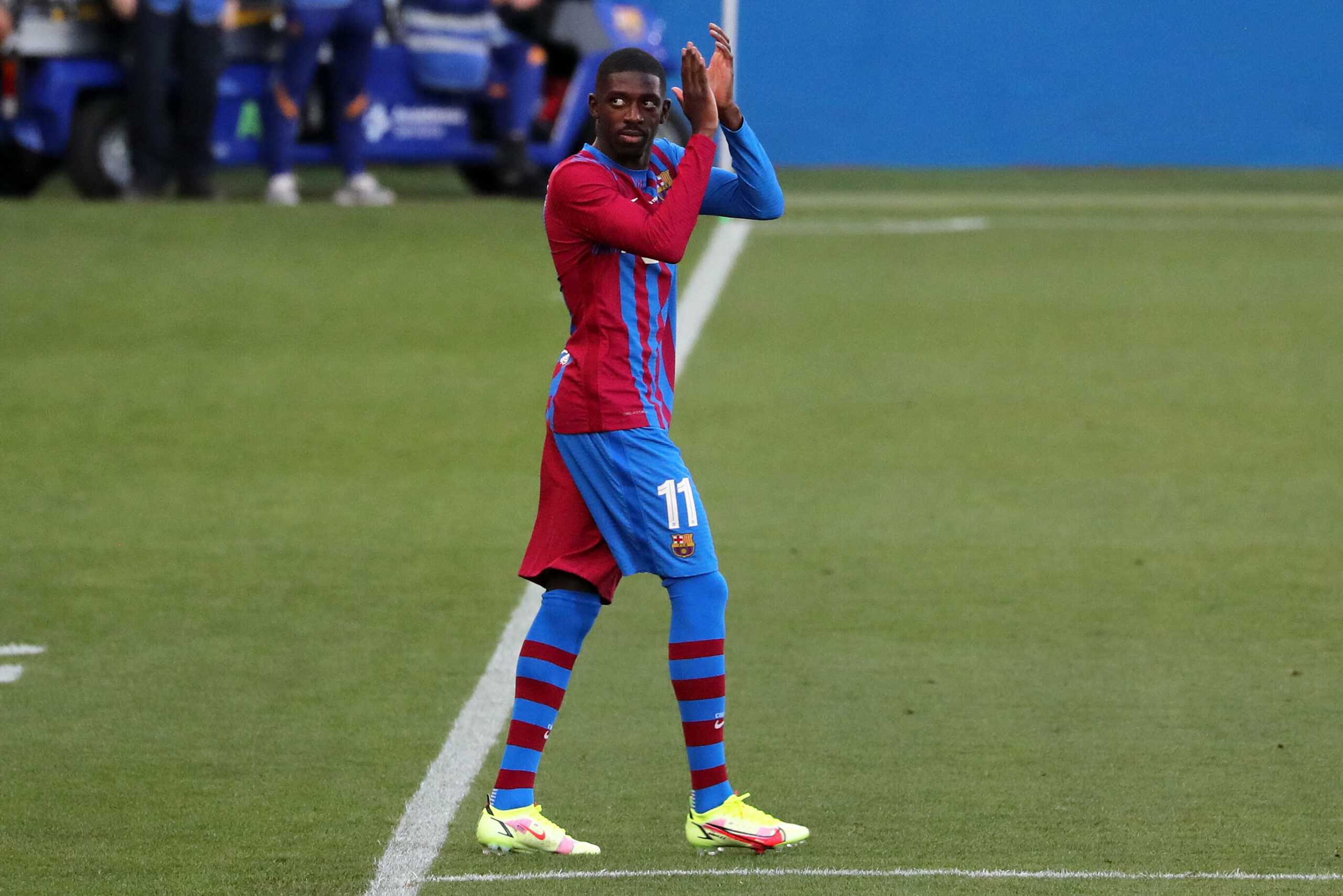 Ousmane Dembele has been in contact with Barcelona president Joan Laporta over a new long-term contract, Spanish outlet COPE claims.

The Frenchman has entered the final year of his deal, and he can negotiate a pre-contract with a foreign club at the turn of the year.

The Blaugrana are keen to avoid the prospect of that happening, and it is reported that Dembele recently held a meeting with Laporta.

The club’s chiefs Rafa Yuste and Mateu Alemany were also present at the discussion table alongside the player’s representative.

Dembele has been hampered by several injuries since joining the club from Borussia Dortmund in 2017.

He is currently out until November after a hamstring injury sustained during the European Championships.

Earlier this year, Dembele had concerns about whether he would have the assurance of regular game time in the future.

With the arrival of Sergio Aguero and Memphis Depay, it seemed that he could have a tough road ahead at the club.

However, the scenario has drastically changed with the surprise departures of Antoine Griezmann and Lionel Messi.

Aguero has yet to make his debut for the Blaugrana, having sustained a calf injury during pre-season training.

Dembele has suddenly become a key player, and there it is no surprise that the club are keen to keep him.

The hierarchy will be hoping to find the breakthrough over an improved deal in the coming months.

The €50 million-rated attacker bagged 11 goals and five assists from 44 games for the club last term.