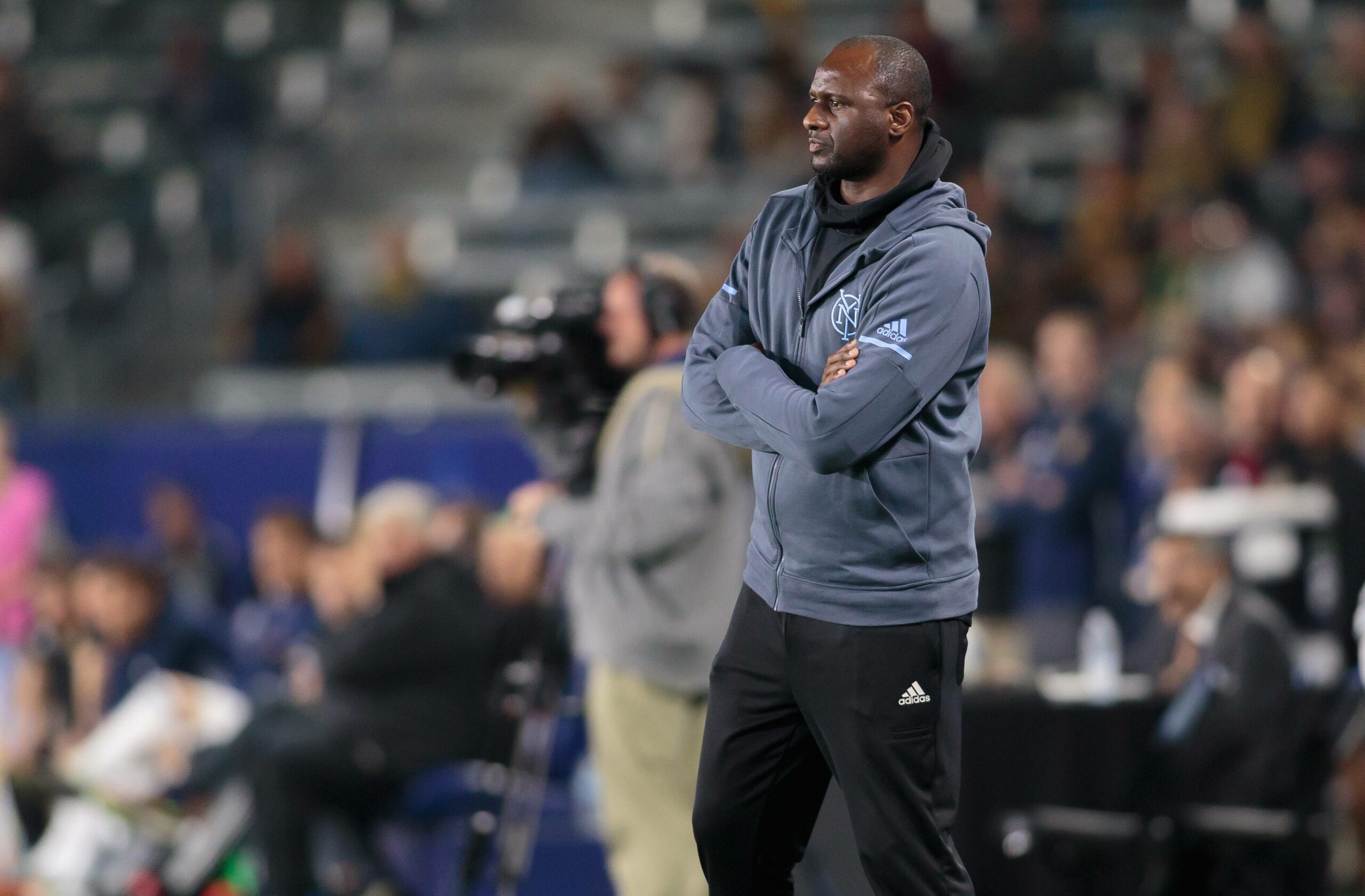 Despite nothing being signed yet, the south London club are confident of sealing the deal, hoping the 45-year-old will be able to oversee the first day of pre-season training on Monday.

Vieira has become the third manager in three weeks where terms have been agreed with Palace, with ex- Borussia Dortmund boss Lucien Favre making a u-turn on his decision over the weekend.

The Eagles swiftly turned their attention to the Frenchman and are all set to offer him his first stint as manager in the Premier League.

Vieira has been out of management since being dismissed by Nice back in December last year after a run of five consecutive defeats.

The World Cup winner was appointed in 2018 to replace Dortmund bound Favre, and lead Nice to seventh in 2018/19, and fifth last season as they qualified for the Europa league group stages.

However, Vieira’s sacking came after a poor run of form which included the club failing to progress to the European competition’s knockout phase.

Vieira has also previously managed Major League Soccer side New York City, taking up the post between 2016 and 2018, and was heavily linked with the Arsenal job before Mikel Arteta’s appointment last December.

Palace finished the 2020/21 Premier League season in 14th, and with 22 players released by the club at the end of the season, the London side are in desperate need of new life.

Vieira was a serial winner in his Premier League days, winning three Premier League trophies with Arsenal, including captaining the Gunners to an invincibles title, and also won the World Cup and European Championship with France during his playing days.

Whilst a decorated playing career does not equate to managerial success, Vieira has gained vital coaching experience with Nice and New York City, and would be eager to make his mark in the Premier League.

A young manager, determined to establish himself, may just be what Palace require to hoist their way up the Premier League standings.

Reactions have been mixed from Eagles fans on Twitter, but many remain optimistic at the idea of Vieira’s pending appointment: