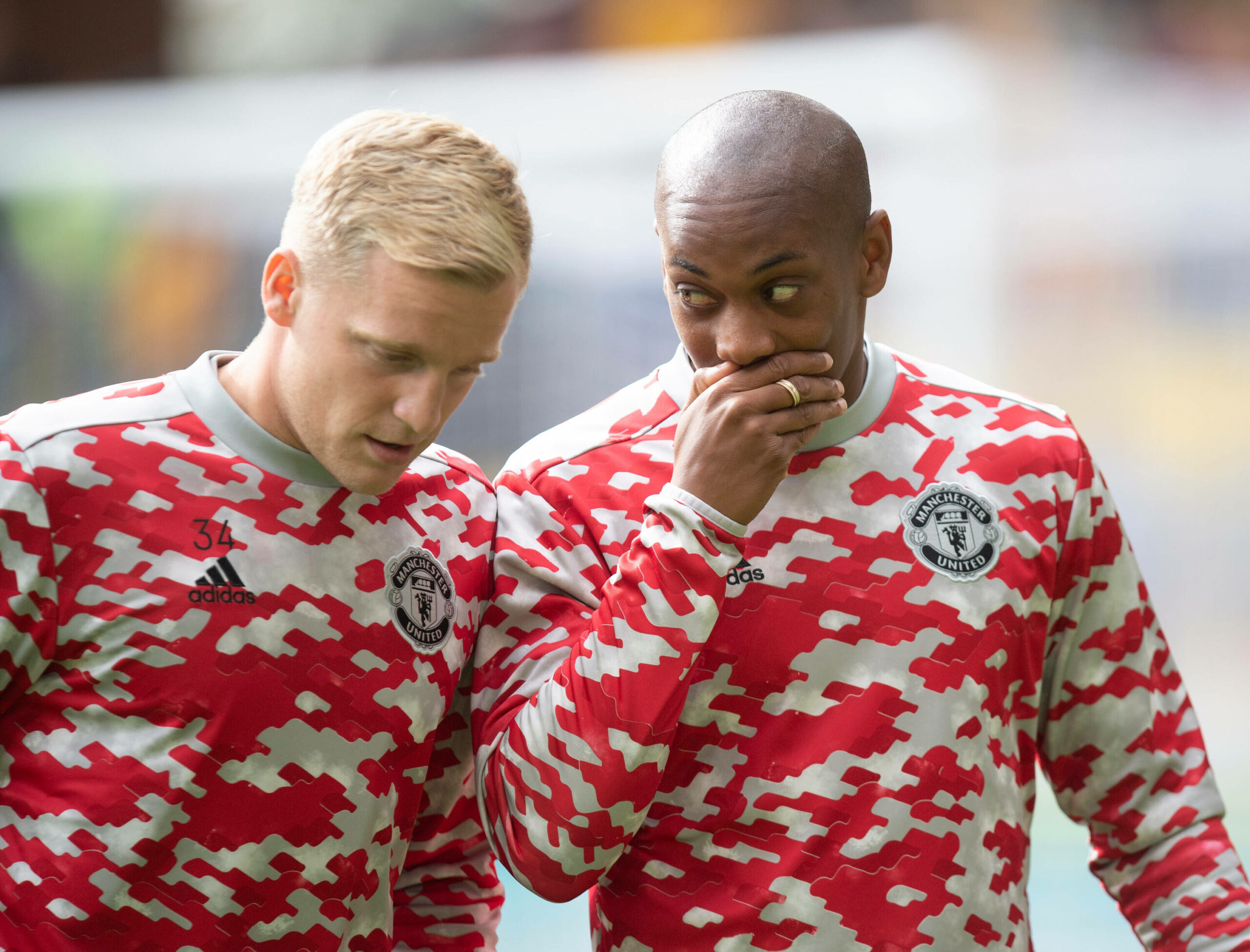 The Dutchman was linked with a loan move to the Toffees before the summer transfer deadline, but a deal did not materialise as manager Ole Gunnar Solskjaer wanted him to stay.

Van de Beek has taken the decision in a positive way, but his agent Guido Albers has been vocal about the failed move while confirming talks with Toffees sporting director Marcel Brands.

Speaking to Football Insider, Robinson said that he was surprised by the Red Devils’ decision to keep him amid the interest and believes the Toffees could return for him in January.

He said: “I’m surprised they didn’t let him go. He’s not playing much at Man United – there might have been a lot of transfer talk at Old Trafford after the window closed.”

“Lingard’s future was up in the air, van De Beek too. I don’t think they wanted to lose both of them, so that could be something that’s revisited in January.

“It seems strange with his lack of game time. He’s clearly not in the manager’s plans. You have to question where the player is in the set-up of the squad.

“I think it will get resolved in January. It was a surprise to see him linked.”

Van de Beek had a disappointing debut season for the Red Devils last term, registering just over 500 minutes of playing time in the Premier League.

His situation has not improved this term. He has been an unused substitute in the opening three league games.

Van de Beek has still been positive about his prospects at the club, but he may soon ponder over his situation.

He is behind Paul Pogba, Fred, Scott McTominay and Nemanja Matic for a midfield role.

The situation is similar in the attacking department, with Bruno Fernandes an undisputed starter in the number 10 spot.

Jadon Sancho, Mason Greenwood, Anthony Martial and Jesse Lingard have been preferred ahead of him on the wings.

Marcus Rashford is due to return from surgery soon. The England international may also get the nod over him.

Despite being a versatile player, the €30 million-rated star has hardly got a regular run of starts for the Red Devils.

Having been dropped by Netherlands boss Louis van Gaal, there is a clear warning that he can not take things lightly.

If his playing time does not improve by January, he may have to push for an exit to secure regular first-team football.

The Toffees were unsuccessful with a late approach but could fancy another bid for his signature in January.

Premier League: Predicted Tottenham Hotspur line-up (4-3-3) vs Crystal Palace
3 under the radar signings we can’t wait to see this weekend