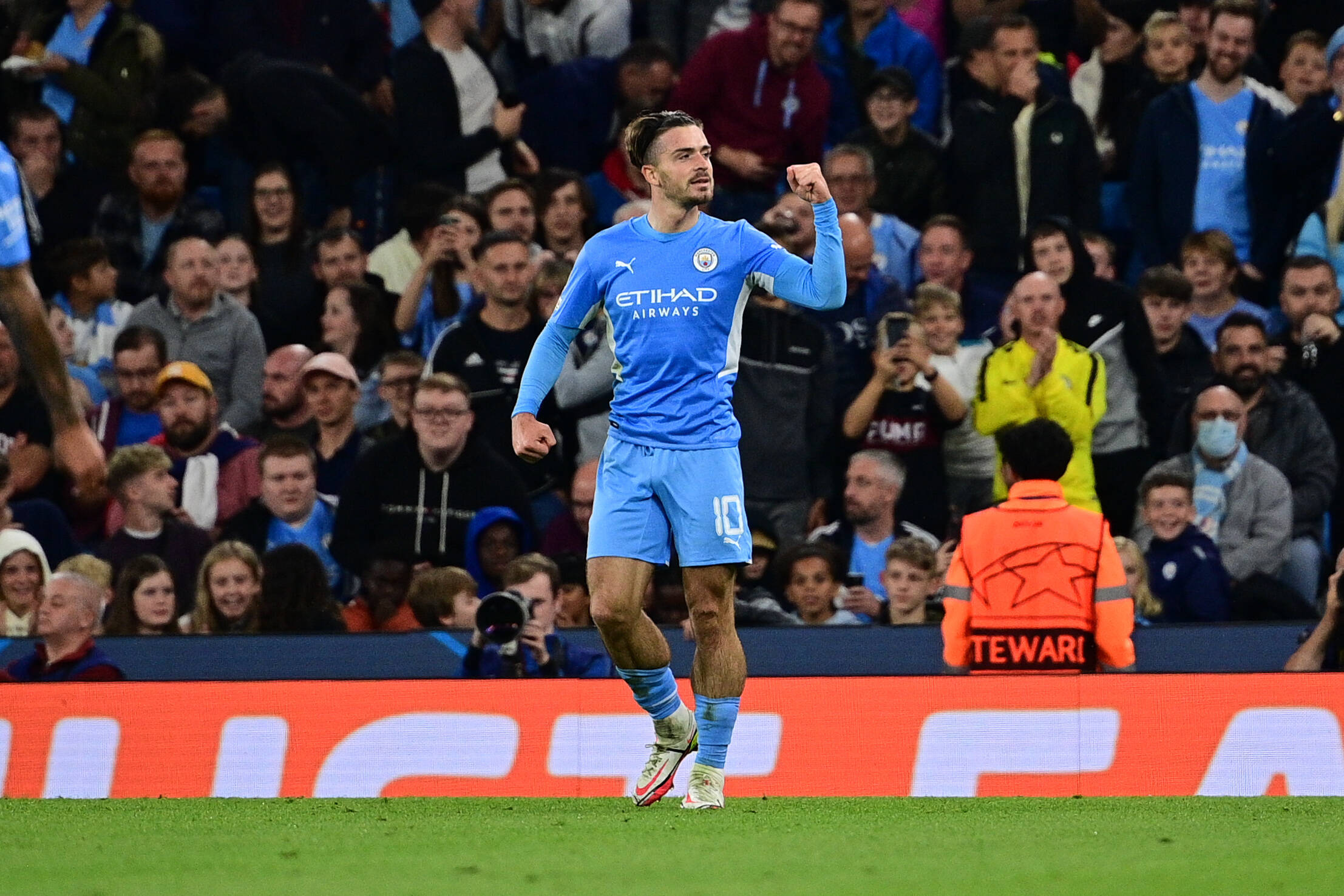 The England international has had a slow beginning to his Premier League career with the club with only two goal contributions from four outings.

However, he made a big impression against RB Leipzig on his European debut yesterday with a goal and an assist in a man of the match performance.

Grealish provided the early assist for Nathan Ake from a corner. The Dutchman headed home the opening goal in the 16th minute of the encounter.

The 26-year-old was a constant threat from the left flank in the 6-3 triumph. He capped his performance with a trademark goal cutting inside from wide.

Grealish drove inside from the left wing before unleashing a curling shot into the far corner of Peter Gulacsi’s net.

Speaking after the game, Guardiola was pleased with the attacker’s showing and said that there is more to come from the club’s record signing.

He told Mancity.com: “Yeah, hopefully it can be the first of many.”

“I have the feeling that every day he is playing better, and I am pretty sure he will be better in the future.

“I am delighted with his game.”

Grealish has been lively since making his debut, but he has not found much success in terms of goal contributions.

Before yesterday, his debut goal came through a fortuitous touch in the 5-0 triumph over Norwich City.

His strike last night should give him plenty of confidence and belief. He appears to be getting back to his best form.

Manchester City always had the advantage last night, but they were given a scare with Christopher Nkunku’s hat-trick.

At 4-3, it could have been a tight contest. Joao Cancelo’s goal in the 75th minute eased the pressure on the Cityzens.

The club have made an ideal start in Europe. Paris Saint-Germain only drew 1-1 against Club Brugge in the other group game.