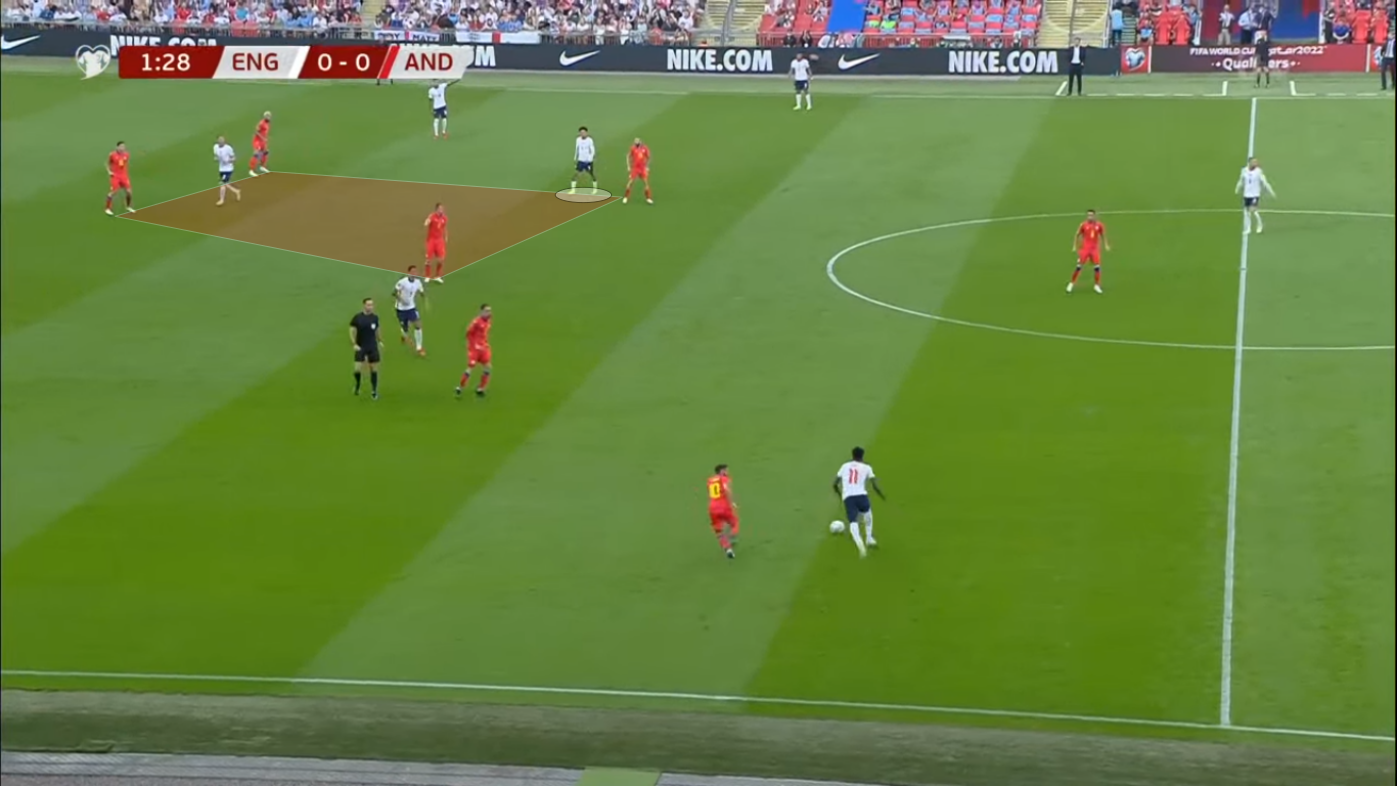 There can be no doubts about the fact that last season did not exactly go to plan for Trent Alexander-Arnold, but he is back with a bang in the early stages of 2021/22.

The Liverpool right-back tops the Premier League’s xA (Expected Assists) chart after three matchdays with a very high tally of 1.8. His performances easily merited a place in our Team of the Month for August.

Following that, he went off on international duty for England for the 2022 World Cup Qualifiers.

After sitting out the first game against Hungary, he was drafted into the starting line-up versus Andorra, but in a midfield role and not in his usual position.

Now, this wasn’t as big a surprise as it might seem – he often took up central positions for Liverpool this season with Harvey Elliott in the side.

If Gareth Southgate were to do any experimentation, there would be no better chance than a match against a side that is 152 places below them in the FIFA rankings while five points clear at the top of their group.

England kept over 88% of the ball, meaning that defending as a midfielder was not an issue for Alexander-Arnold simply because he had next to no defending to do, so we can all solely concentrate on his game in possession.

Unsurprisingly, his base position was between the Andorran defence and midfield around the right half-space.

Around him, the Liverpool man had Reece James pushing forward from right-back, Jesse Lingard on the right wing, Patrick Bamford often dropping deep from striker, and Jude Bellingham on the other side of midfield while Jordan Henderson dropped back to stay closer to the centre-backs.

On occasion, he moved backwards to help circulate possession.

In other cases, Alexander-Arnold essentially took up a right-back’s position, freeing up James to get forward as Lingard would drift inside, which is basically the exact opposite of what an inverted full-back would do.

Going forward, the 22-year-old Englishman frequently made runs out wide into the right wing area, which was vacated by Lingard roaming away.

However, he saw little success here as he was rarely found on the ball in such positions.

Just 10 of the 2019 Ballon d’Or nominee’s 32 passes were classified as forward passes, while only half of those were destined for the final third.

It should not be surprising to learn that he failed to create a single chance from midfield in this match.

This touchmap aptly sums up Alexander-Arnold’s work – extremely concentrated on the right and primarily done on the edge of the attacking third, with next to no threat in the danger area.

Looking at this tells you that he was effectively an extra right-back not just on paper but in practice too.

That probably is not something you would want from a midfielder unless you have an incredibly productive full-back behind him, but England’s only player who fits the bill for that is Alexander-Arnold himself.

In the second half, James moved into the central midfield position to allow Alexander-Arnold back into the right-back role while Henderson moved to the right of midfield.

The Chelsea wing-back looked a lot more comfortable in that role, unsurprisingly too as he had spent a season there on loan at Wigan Athletic in 2018/19.

Meanwhile, his Liverpool-born counterpart looked a lot better at his usual position (especially when he made those interchanges with Henderson). The whole team seemed more cohesive as they netted on three more occasions.

It is safe to say that this experiment was unsuccessful and will most likely be never conducted again.

Rightly so, because converting one of the most dangerous right-backs in the world into an equally good midfielder is simply a fool’s errand.