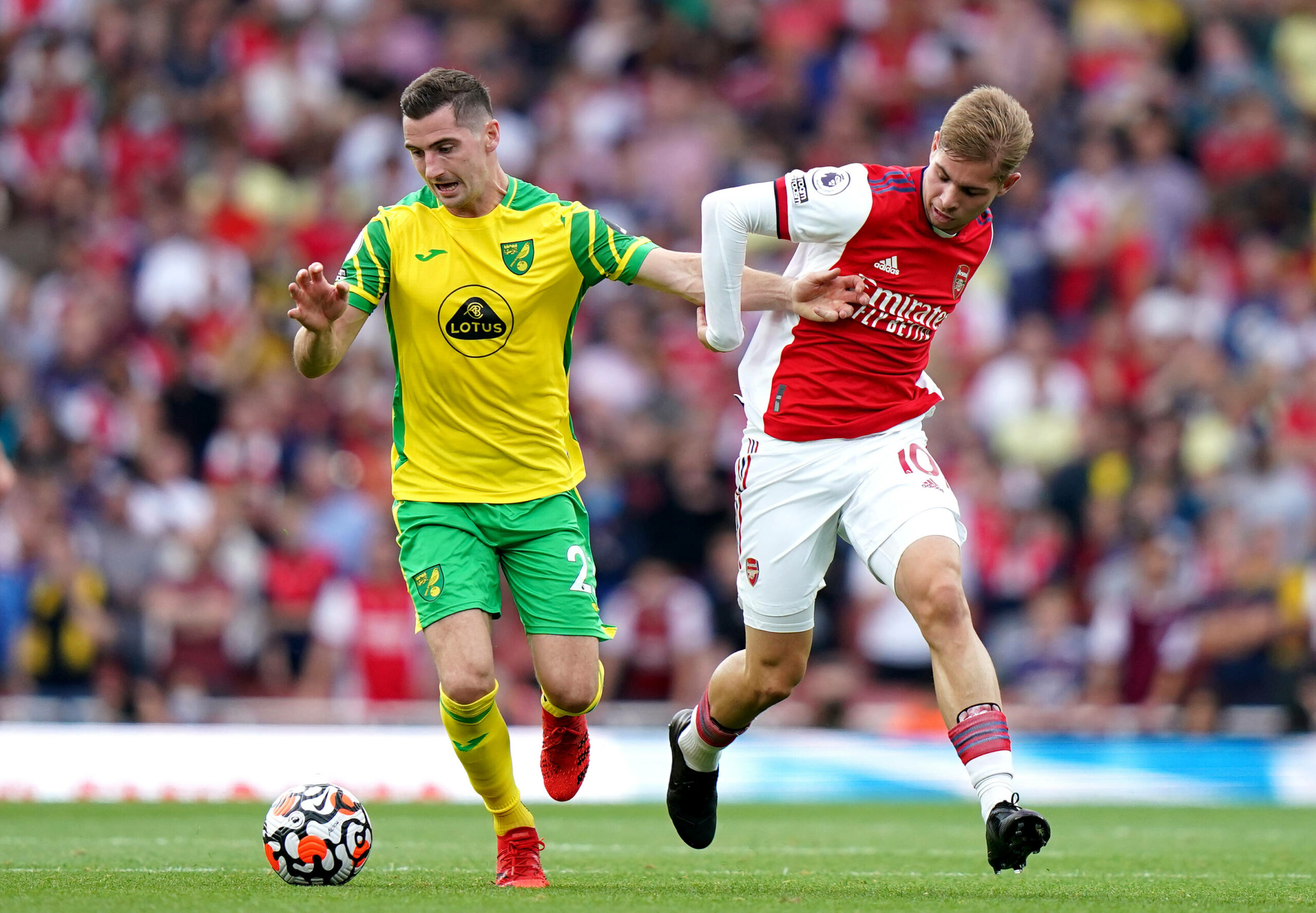 The Gunners have enjoyed good success against the Clarets over the years but have recently struggled against them.

Last season, they suffered a shock 1-0 loss at the Emirates Stadium. The reverse fixture ended in a 1-1 stalemate.

The Gunners will be keen to make amends with a victory, which is much-needed at the moment.

They have made a dismal start to the league campaign with just three points gained from four matches.

Mikel Arteta made a surprise decision to axe Bernd Leno from the starting line-up against Norwich City last weekend.

Summer signing Aaron Ramsdale was handed his league debut for the club, and he produced a solid showing in goal.

Arteta showed appreciation for his energy and ability to command his defenders in the box.

There is a high possibility that the 23-year-old will continue between the sticks.

No changes are expected in the backline. This should be a huge relief for the Gunners boss after early-season injuries.

Takehiro Tomiyasu and Kieran Tierney are likely to feature in the full-back positions.

Ben White and Gabriel Magalhaes look set to continue in central defence ahead of Rob Holding and Pablo Mari.

Thomas Partey was lively in his cameo appearance against Norwich. He played his part in the winning goal.

Despite this, he could be restricted to another substitute role, having just returned from an ankle injury.

Rushing him into the starting line-up has proved costly in the past with an injury recurrence.

Arteta has revealed that Partey has not been training consistently this week which hints at a reduced role.

In this case, Albert Sambi Lokonga and Ainsley Maitland-Niles could continue in the centre of the park.

Further forward, Emile Smith Rowe should be in line for a comeback to the starting XI.

Smith Rowe was only a substitute against Norwich after struggling with an illness earlier in the week.

He had a terrific impact off the bench, and should have scored with a clear-cut scoring chance late on.

Nicolas Pepe had a mixed performance against Norwich where he was guilty of being dispossessed regularly.

He squandered a few scoring opportunities, but eventually grabbed an assist for Pierre-Emerick Aubameyang’s winner.

In the past, he has been the odd-man out when Arteta has preferred to play both Smith Rowe and Bukayo Saka.

That could be the case on Saturday. Martin Odegaard is likely to continue in the number 10 position.

The Norwegian was not at his best against Norwich, but put in a good defensive shift.

He nearly put Aubameyang through on goal with a perfect long ball behind the defence.

There are no doubts over Aubameyang leading the line. Alexandre Lacazette may have to settle for a cameo.