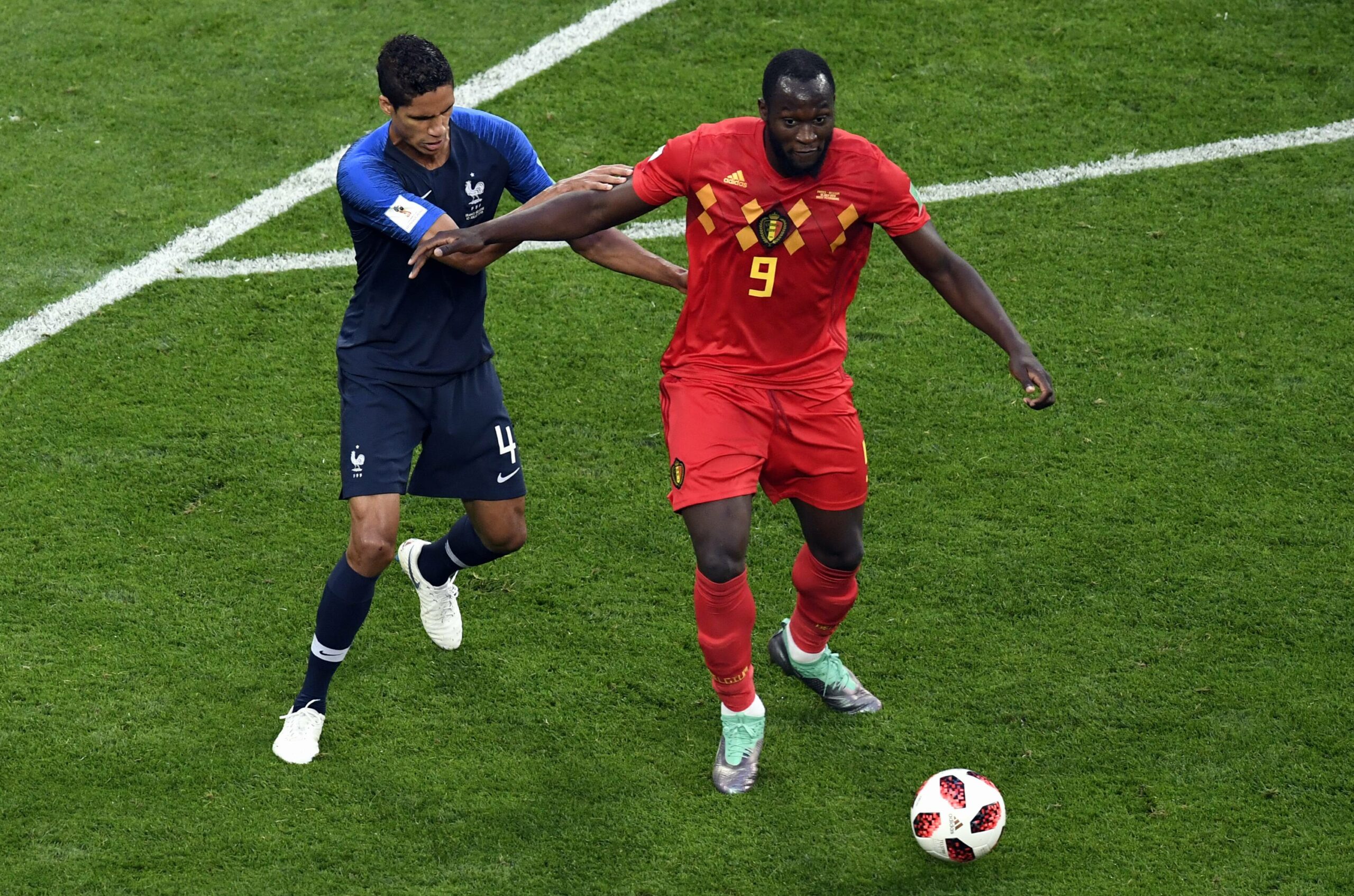 Even in a COVID-19 affected market, multiple records were smashed by Premier League teams as players found new clubs in England’s top division.

Therefore, let us pick the best of the deals made by selecting an XI of fresh arrivals.

Besides raw player quality and potential, we will also factor in things like the club’s requirements, player’s age, transfer fee, contract length and some other details to pick the best deals made in each position.

There were no clear #1 goalkeepers signed in this transfer window, but two of the signings could stake a claim for that spot.

The first is Aaron Ramsdale, who joined Arsenal for around £24 million from Sheffield United, and the second is Alphonse Areola, who moved to West Ham United on a one-year loan with an option to buy.

London will not be a new city for the French goalkeeper, as he spent last season on loan at Fulham.

Although he was impressive as he kept out a league-high 7.6 goals according to the PSxG (Post-Shot Expected Goals) model, he could not help the Cottagers avoid relegation.

West Ham will have much loftier ambitions as they have qualified for the Europa League this season.

Even if Areola fails to dislodge Łukasz Fabiański from the first-choice position, he will have a key role to play in Europe.

Only two full-time right-backs joined Premier League clubs this season, but few in the whole league have such a high potential as Valentino Livramento, who joined Southampton for just over £5m from Chelsea.

He was drafted straight into the starting line-up in the Saints’ first Premier League match of the season against Everton.

Although they suffered a 3-1 defeat, the 18-year-old was impressive on his debut. Following a similar performance against Manchester United in a 1-1 draw, Chelsea fans started worrying about a buy-back clause.

Livramento should continue to impress for Southampton, who have a serious talent on their hands.

We go from an exciting young defender to an experienced veteran on the right of our defence, as Raphaël Varane’s £34m move to Man United deserves a mention here.

He has been signed to partner Harry Maguire, and all the signs are positive. His unveiling at Old Trafford before the first match of the season was a memorable moment.

United fans will be hoping that it was just the first of many memories, and an assist and victory on debut was a good start.

Most of the top-level centre-backs signed in this transfer window are right-sided, so we will have to make do with one playing slightly out of position in our XI.

Liverpool’s £36m signing of Ibrahima Konaté from RB Leipzig has to go down as a terrific deal for a centre-back with such a high ceiling, so he gets a place on the left of our defence.

The 22-year-old might have difficulty displacing Joël Matip and Joe Gomez for the spot beside Virgil van Dijk at the heart of Liverpool’s defence, but given his young age, he can certainly be viewed as one for the future.

However, the Reds’ participation in four separate competitions offers an opportunity for Konaté to get regular game time if he manages to stay injury-free – something he failed to do in the last two seasons.

Jürgen Klopp and his coaching staff will be hoping that does not happen again, and they could well have a real gem on their hands here.

Brighton & Hove Albion refuse to do bad transfers by the looks of things, and the latest addition to their list of smart signings is Marc Cucurella, who left Getafe for a transfer fee of roughly £15m.

The 23-year-old left-back is a product of La Masia, so that should tell you all you need to know about his potential.

He is quite a versatile player, having been used as a full-back, wing-back, wide midfielder and even a winger on either flank in his career.

With the Seagulls, one should expect to primarily see him in the left wing-back position in Graham Potter’s three centre-back system, so he will have to compete with Solly March for a first-choice role.

We have one deadline day mover in our XI, and that is Chelsea-bound Saúl Ñíguez.

The Spanish international has initially joined on a season-long loan with a reported £34m option to buy in what seems to be a risk-free deal.

He rather started to fall out of favour after a run of poor form for Atlético Madrid last season. With the La Liga champions signing Rodrigo De Paul to compete for a spot in midfield, his game time was in danger of being limited even further.

Chelsea could certainly use a bit of squad depth in midfield, and few better players are available out there than Saúl, so they decided they better call him.

Leicester City keep doing amazing transfer business, and they have delivered again in this window with the signings of Patson Daka and Boubakary Soumaré. The latter, who cost a reported £17m, gets a spot in our XI.

The French under-21 international was one of the most exciting young prospects in the 2020/21 Ligue 1 season as he helped Lille win a historic league title.

He is now expected to give Wilfred Ndidi a serious run for his money in Leicester’s midfield.

The 22-year-old Paris Saint-Germain academy graduate won a trophy in his first competitive appearance as he helped the Foxes beat Manchester City in the Community Shield.

Manchester United’s other marquee signing was Jadon Sancho from Borussia Dortmund for just over £72m.

While that certainly is a hefty fee, the young Englishman’s quality and potential can certainly justify it.

How he is used by the Red Devils could be an important factor for his success, as his relationship with the full-back behind him can have a big impact on his output.

Either way, Sancho is undoubtedly world-class, and he makes United better no matter which wing he plays on.

Martin Ødegaard’s £30m transfer to Arsenal isn’t exactly a new one as he spent the second half of the 2020/21 season with the Gunners on loan from Real Madrid, but now that he has made the switch permanent, we feel he qualifies for a spot in our XI.

Of course, they do have Emile Smith Rowe, but there can be no doubt that Arsenal needed a creative midfielder – especially one who thrives in the right half-space.

Ødegaard ticks all the boxes there and certainly is a very talented footballer, so this can be considered a surprisingly good piece of business on Arsenal’s part.

The Norwegian international has already provided an incredible backheel assist in the Carabao Cup against West Bromwich Albion. Mikel Arteta will be hoping that he can keep doing such things at a consistent rate.

Manchester City smashed the British record transfer fee when they signed Jack Grealish from Aston Villa for £100m, so he easily deserves a spot in our XI.

Besides doing a bit of promotion for Asda, the 25-year-old has looked impressive in the few outings he has had for Pep Guardiola’s side.

He certainly is the ex-Barcelona manager’s preferred style of player because he can play in multiple positions and has already been used in various roles, including left-sided midfielder and left-winger.

After losing his first two competitive matches with the defending champions, Grealish bounced back with a home debut goal and an impressive performance, so City fans will hope that he continues in this trajectory.

Romelu Lukaku may have cost Chelsea just over £97m, but his stylistic fit with their current style of play has to be the best thing since sliced bread and butter.

The Belgian striker’s second debut for the Blues could hardly have gone any better as he helped rip Arsenal apart and scored a goal in a London derby.

The way he seemed to instantly click with his teammates despite having trained with them for less than a week must have been the most encouraging sign, and there is doubt that he will be at the heart of the Golden Boot race.

Chelsea can certainly mount a huge title charge this season as they now seem to have all the ingredients in place for a winning formula, and Lukaku looks to be the perfect icing on the cake.

Antonio, Greenwood, van Dijk & more: Premier League August Team of the Month
How Arsenal could line up (4-2-3-1) with their summer signings