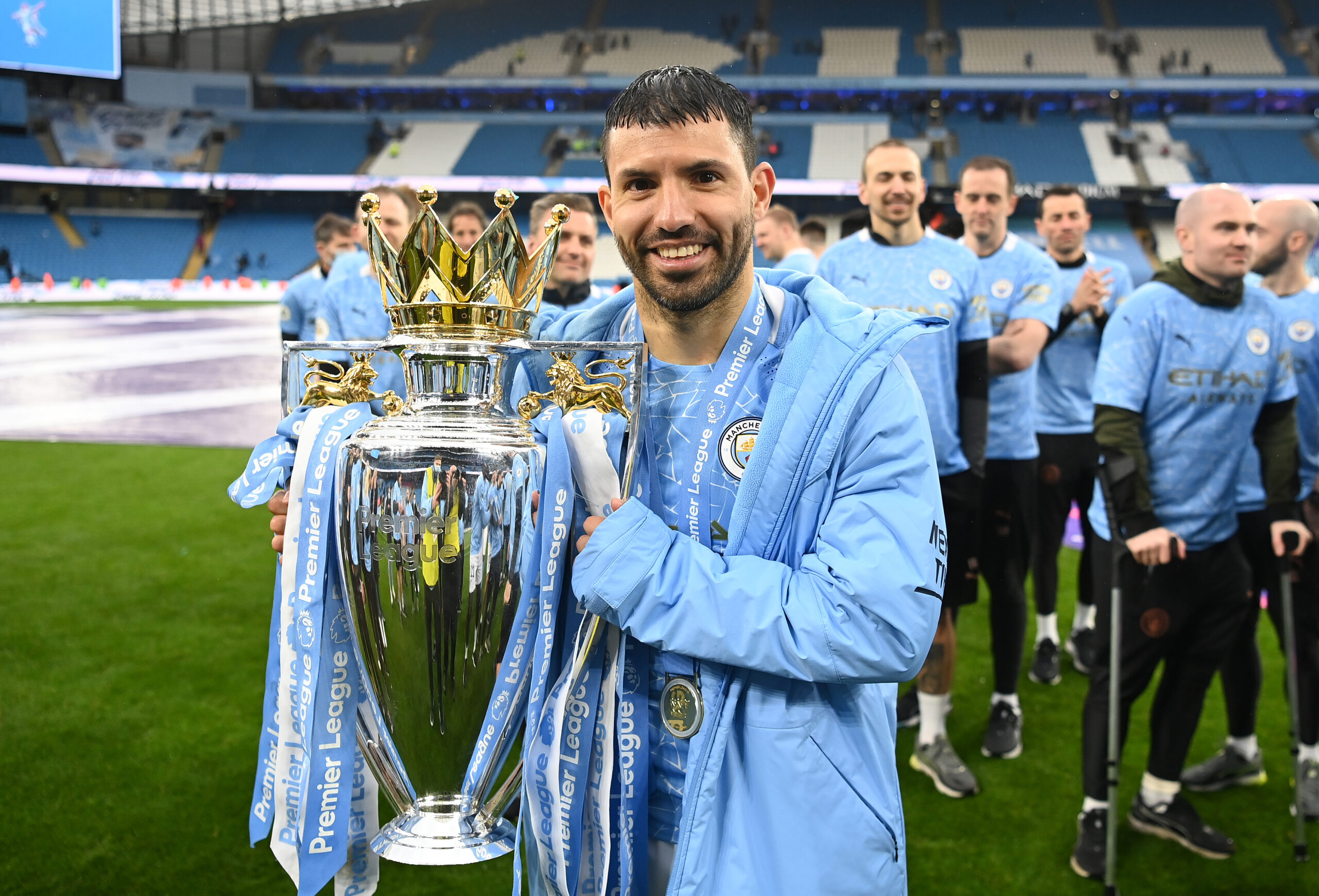 In rather sad news, one of the best players of the last generation has been forced into retirement. Sergio Aguero has quit football following heart problems.

The Argentine was one of the finest forwards in the world over the last decade, destroying defences all over the world. He ends his career with an incredible 427 goals in all competitions and 14 major trophies.

Here are the best moments from his career.

Atletico Madrid broke their transfer record in 2006 to bring Aguero to Spain, aged just 18 at the time. In his debut season, he got seven in all competitions.

The following year, he became the club’s main striker after the sale of Fernando Torres to Liverpool. It was an opportunity that he grabbed with both hands.

This includes seven against La Liga’s top six, helping Los Rojiblancos qualify for the Champions League for the first time in over a decade.

He continued to bang them in for Atletico, scoring 68 over the next three seasons.

The first major trophy of Aguero’s career came in 2010, as he helped Atletico to the Europa League title.

Aguero and Forlan formed a deadly partnership in the Spanish capital, and no one knew this better than Fulham.

The Londoners were a shock inclusion in the Europa League final, but they didn’t have enough to stop the South American duo.

Forlan opened the scoring in the 32nd minute, finishing from Aguero’s mishit shot. But Simon Davies equalised for the Whites before the break. Both sides pushed for a winner in normal time, but the final whistle went with the scores level.

Then, with a penalty shootout looming, Atletico’s dynamic duo combined again to sink Fulham. The Argentine found his teammate with a low cross, and he diverted the ball into the far corner via a slight deflection.

This was enough for the La Liga side to get their hands on the trophy. It was their first piece of silverware since the league and cup double in 1995/96.

The striker moved to England in 2011, signing for Manchester City for around £35 million. Expectations were very high (although Oliver Holt disagreed).

His debut at the Etihad Stadium came as a substitute against newly-promoted Swansea City. His side were 1-0 up at the time.

But he soon changed that scoreline with a sensational performance. He doubled Man City’s advantage with a tap in, grabbed an assist for David Silva, and added a stunning fourth late on.

It was at this moment that the fans knew they had found themselves a gem.

They had been eight points behind bitter rivals Manchester United with six games to go but managed to claw it back, and went into the final day leading the table on goal difference.

They go into the final game of the season needing a win against Queens Park Rangers to seal the trophy. Meanwhile, Man Utd travelled to face Sunderland away. The drama that unfolded was unlike anything we’d ever seen before.

The first halves weren’t particularly exciting. Wayne Rooney gave the Red Devils an early lead at the Stadium of Light, and a scrappy Pablo Zabaleta strike put the Cityzens in front shortly before half time.

But it was after the break when things got interesting. Joleon Lescott made a mess of a long ball, allowing Djibril Cisse clean through on goal. The former Liverpool man smacked the ball past Joe Hart and into the bottom corner.

It was a setback for the hosts, but they should still see it through. Things got easier for them when QPR midfielder Joey Barton got himself sent off for an elbow on Carlos Tevez and later tried to start a fight with any City player who came near him.

But somehow, the Rs managed to get themselves in front with only their third attempt of the game.

Armand Traore burst down the left and swung in a cross for Jamie Mackie, whose header bounced into the top corner, sparking tears in the home end.

Roberto Mancini’s men desperately pressed for an equaliser, but QPR simply would not crack. With Man Utd still leading against Sunderland, it looked like the trophy would be dressed in red ribbons once again.

Hope was restored in the 92nd minute for the home side when Edin Dzeko headed in from Silva’s corner. Three minutes remained, and they needed just one more goal. It was now or never.

When they needed him most, Aguero stepped up to the occasion. He picked up the ball outside the box, exchanged passes with Mario Balotelli, skipped past Taye Taiwo and emphatically finished into the near post.

The Etihad goes mental. The fans can hardly contain themselves. The usually-calm Mancini is running around like a maniac. Man City had won the Premier League title.

The 2011/12 season was one of the best Premier League seasons, and Aguero gave us the perfect ending.

This may come as a surprise, but Aguero ended his 10-year stay in the Premier League with only one Golden Boot to his name. He competed for the crown regularly but was often held back by injuries.

In the 2014/15 season, he managed to stay relatively injury-free and got his hands on the award. He netted 26 league goals – five more than Harry Kane in second place.

If he hadn’t already, Aguero signed his name in the history books of Man City in November 2017 in a Champions League group stage game away to Napoli.

The scores were level at 2-2 when the Argentina international raced through on goal and finished into the bottom right corner. This was his 178th goal for the club, overtaking Eric Brook as their all-time top goalscorer.

As he got older and became surplus to requirements, Aguero announced that he would depart Man City at the end of the 2020/21 campaign. His final game at the Etihad would come at home to Everton.

And it came as a shock to absolutely no one when he rounded off his time in Manchester in style. Coming on in the 65th minute, the former Independiente man took just six minutes to get on the scoresheet.

He collected the ball from Fernandinho’s pass, twisted into the box, and placed the ball into the far corner with the outside of his right foot.

Five minutes later, he added another to his long list. Fernandinho again was the creator, swinging in a cross for the striker to head home.

The last decade has been a frustrating time for the Argentina national team.

Aguero was part of the squads that finished as runners up in the 2014 World Cup and the 2015 and 2016 Copas America. It was starting to look like he’d end his international career empty-handed.

But that fear ended in 2021 when La Albiceleste got over that final hurdle to lift the trophy. Aguero featured four times throughout the competition, registering an assist in the group stages against Bolivia.

Champions League round of 16 draw: The previous meetings
The biggest snubs from the FIFPro World XI shortlist