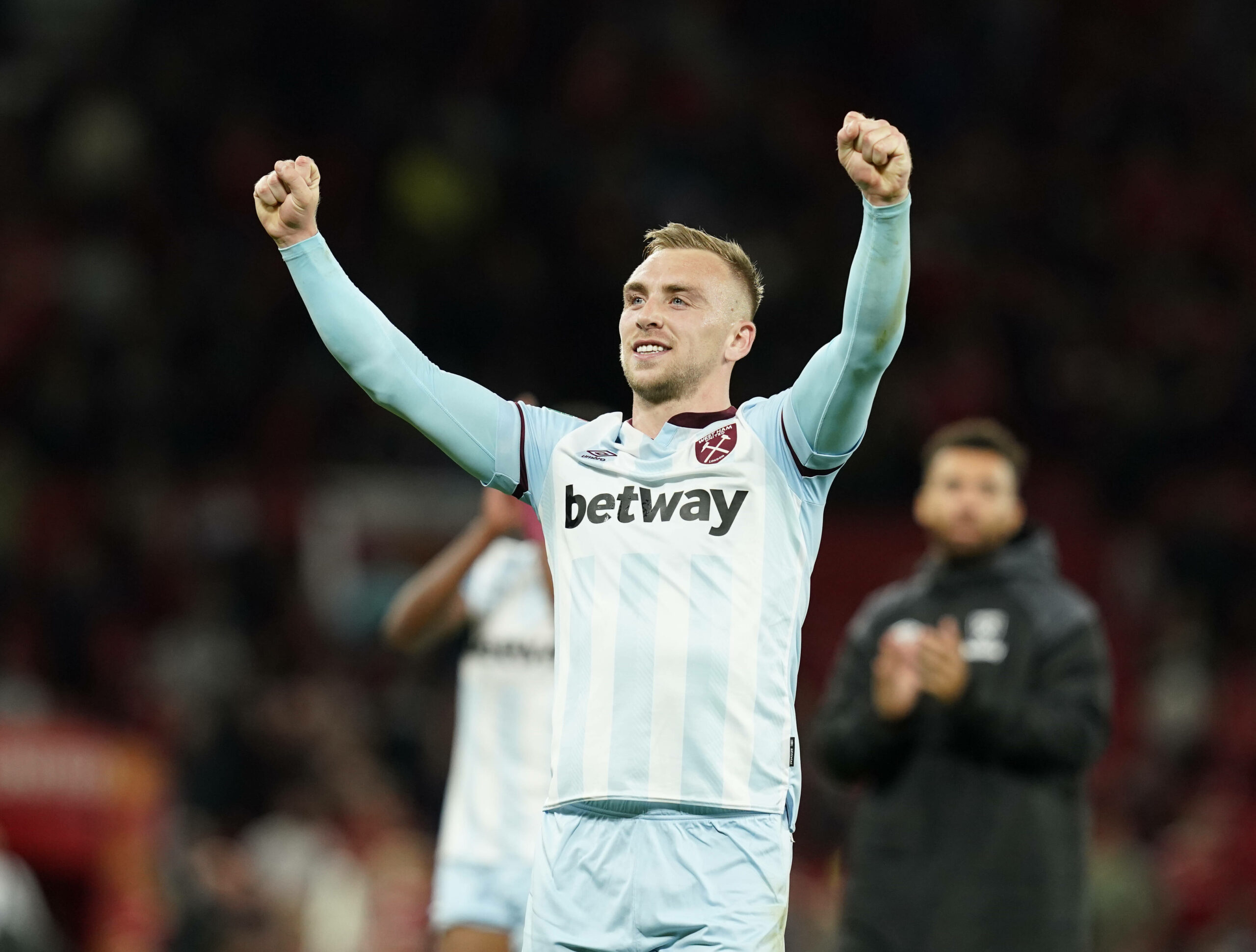 Former England international Stuart Pearce has heaped praise on West Ham United’s Jarrod Bowen following his side’s 1-0 victory against Manchester United in the third round of the Carabao Cup.

Bowen joined West Ham back in January 2020 from Hull City in a deal worth up to £25 million, following two-and-a-half sensational seasons in the Championship.

He has proven that he can handle the step up, featuring in all 38 of the Hammers’ league fixtures as they qualified for the Europa League last season, scoring eight and assisting five.

The Englishman often plays on the right, cutting inside onto his stronger left foot. However, in the east Londoners’ trip to Old Trafford on Wednesday, he was utilised as a striker.

The 24-year-old was unable to get on the scoresheet, but he still caused plenty of problems for the Man Utd backline.

He was denied by a strong save from Dean Henderson and created a clear cut chance for teammate Mark Noble late on.

And he has earned plenty of credit for his display in the victory. Stuart Pearce, who works as assistant manager to David Moyes at the London Stadium, was particularly impressed.

As quoted by football.london, Pearce said: “I thought Jarrod [Bowen] leading the line with magnificent, playing in probably not his favourable position, but he’s proved to us he can lead the line.

“He was competitive and he was a thorn in the side of the United defenders all night, so he’s come out with massive credit from the game.”

Manager Moyes will be encouraged by Bowen’s performance through the middle. West Ham are light up front, with Michail Antonio as the club’s only natural striker. Bowen has now proven that he can cover in this area if needed.

Moyes’ men will be looking to continue their fine start to the season on Saturday when they travel to Elland Road to face Leeds United. This is followed by a home fixture against Rapid Vienna in the Europa League.