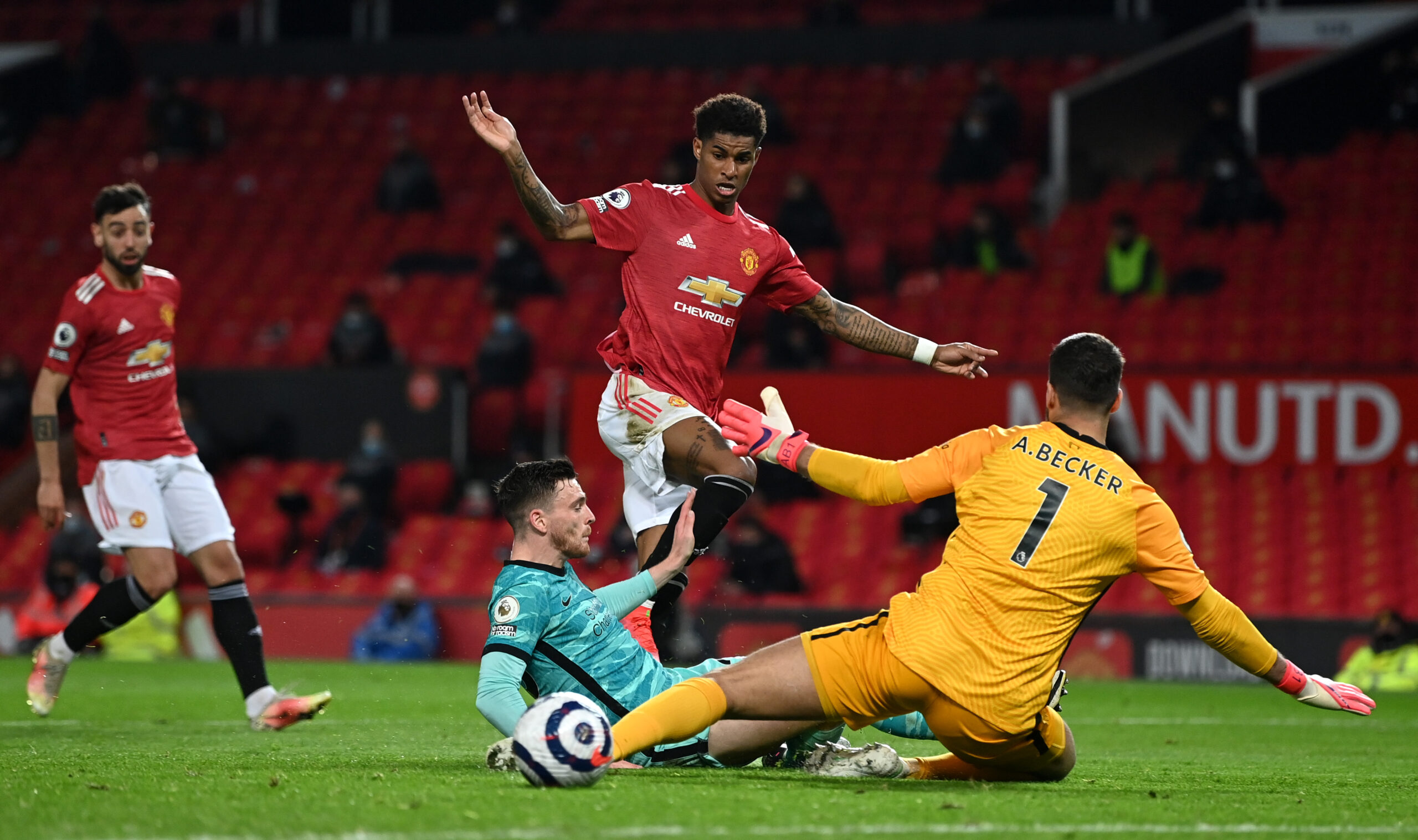 An exciting Premier League day lies ahead as we take a look at the three best picks on Sunday.

From Leicester City’s maiden top-flight meeting with the league newcomers Brentford to Manchester United’s mouth-watering clash against Liverpool, let’s see what awaits us on Sunday.

Brentford and Leicester City are set to face off at the Brentford Community Stadium for their first-ever Premier League showdown.

Despite succumbing to a 1-0 home defeat to Chelsea last time out, the Bees have enjoyed a stunning start to Premier League life.

Only five promoted sides in England’s top-flight history have bettered Brentford’s tally of 12 points after the inaugural eight rounds.

But Leicester’s visit could stir some unpleasant memories in the home camp as Thomas Frank’s men have failed to win any of their last seven meetings with this opposition in all competitions (D1, L6).

The Foxes put Manchester United to the sword last time out, recovering from a 1-0 deficit to claim a comprehensive 4-2 victory at the King Power Stadium.

Seeking their first back-to-back Premier League wins since April, Brendan Rodgers’ men will be desperate to improve upon their underwhelming defensive showings on the road.

Leicester have failed to keep a clean sheet in each of their four top-flight travels this season, conceding an average of 2.25 goals per match in the process.

The visitors’ defensive frailties, combined with their recent free-scoring form, suggest we could be in for an exciting, high-scoring fixture here.

Prediction: Both teams to score

A thrilling all-London Premier League encounter pits West Ham United against a resurgent Tottenham Hotspur side at the London Stadium.

Following a landslide 3-0 home victory over Genk in the Europa League, the Hammers will be looking to establish some consistency in domestic football.

David Moyes’ men have alternated between winning and losing across their last four Premier League outings, three of which yielded the identical 2-1 scoreline.

Spurs have turned from one of the cagiest, most uneventful Premier League sides into one of the most exciting teams to watch of late.

After putting together three consecutive 1-0 wins to start this top-flight campaign, each of Tottenham’s last five league matches has produced 3+ total goals.

All of Spurs’ three Premier League London derbies in 2021/22 have seen one side net precisely three goals, with Nuno Espirito Santo’s team finding themselves on the receiving end twice across those clashes (W1, L2).

Last season’s league duels between West Ham and Tottenham saw both teams scoring in matches featuring over 2.5 total goals, underlining the potential for another action-packed meeting.

The European football enthusiasts will turn to Old Trafford on Sunday as Manchester United entertain Liverpool in a Premier League classic.

Even though his side staged another sensational second-half comeback to beat Atalanta 4-2 in midweek Champions League action, Ole Gunnar Solskjaer can ill-afford another Premier League disappointment.

Fingers have been pointed to the Norwegian’s direction following Man United’s lacklustre three-match winless league run (D1, L2), putting the 48-year-old into an awkward position heading into this fixture.

With the Old Trafford faithful demanding his head on a silver platter, now would be a perfect time for Solskjaer to secure his first managerial top-flight win over Liverpool (D3, L2).

Unlike his Red Devils counterpart, Jurgen Klopp has guided the Merseyside outfit to a stellar Premier League start this season, including a 5-0 thrashing of Watford last time out.

The Reds enter this round of games as the only English side yet to lose a competitive match this term.

Liverpool’s tally of 22 Premier League goals scored so far is second to none, while they are also the only side to have smashed a 10-goal barrier on the road this season (14).

Klopp’s men have netted 3+ goals in each of their four top-flight travels this term, showing they mean business.

Prediction: Liverpool to score over 1.5 goals