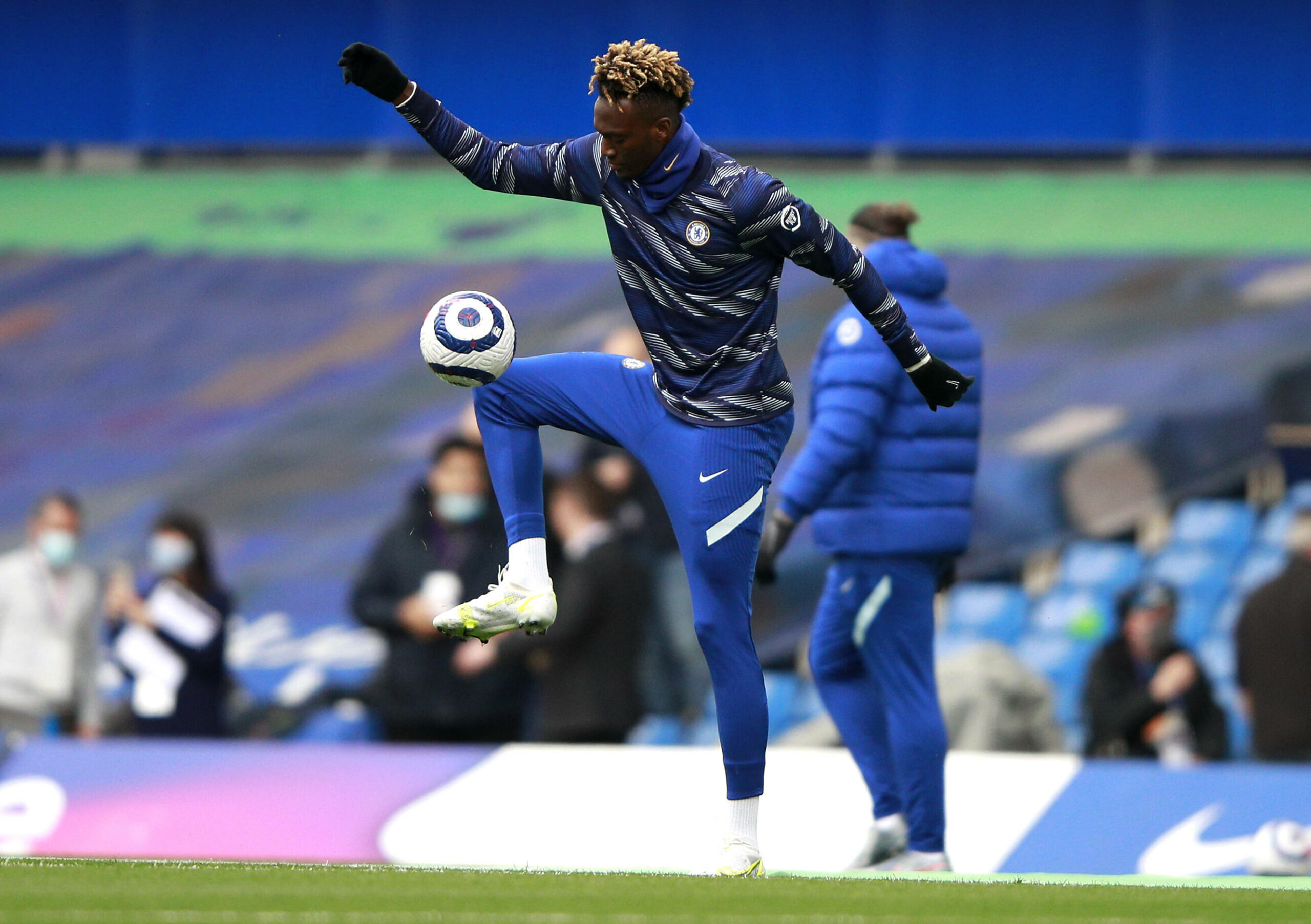 Tammy Abraham is reportedly enthusiastic about the possibility of leaving Chelsea for cross-town rivals Arsenal this summer.

As per The Athletic, the Gunners harbour a genuine interest in the English striker, who has been on the fringes at Stamford Bridge since Thomas Tuchel’s arrival.

Mikel Arteta is keen to improve several areas of the squad in the summer following a dismal eighth-place finish last season, and signing a new striker is high on his list of priorities.

The Spaniard already has Pierre-Emerick Aubameyang and Alexandre Lacazette at his disposal, with Eddie Nketiah and Gabriel Martinelli staking their claim for the place in the starting eleven.

Though it may look like the Gunners are well-stacked in the attacking department, neither striker managed to impress Arteta last season.

What’s more, Lacazette and Nketiah are in the final year of their contracts at the Emirates Stadium, with no signs of extension talks on the horizon.

So it comes as no surprise that Arsenal are on the lookout for a new marksman to lead the line next season.

Abraham finished the 2020/21 Premier League season as Chelsea’s joint-top scorer with 12 goals despite being handed just 12 minutes of top-flight action in the last three months of the campaign.

The 23-year-old was a regular starter under Frank Lampard, playing a pivotal role in the Blues’ top-four finish back in 2019/20.

However, his first-team opportunities have dwindled on the back of Timo Werner’s arrival as he is now looking for a way out of west London.

But it remains to be seen whether Arteta can offer him guarantees, given the fierce competition for attacking spots in north London.

Another potential obstacle could be Chelsea’s £40million asking price.