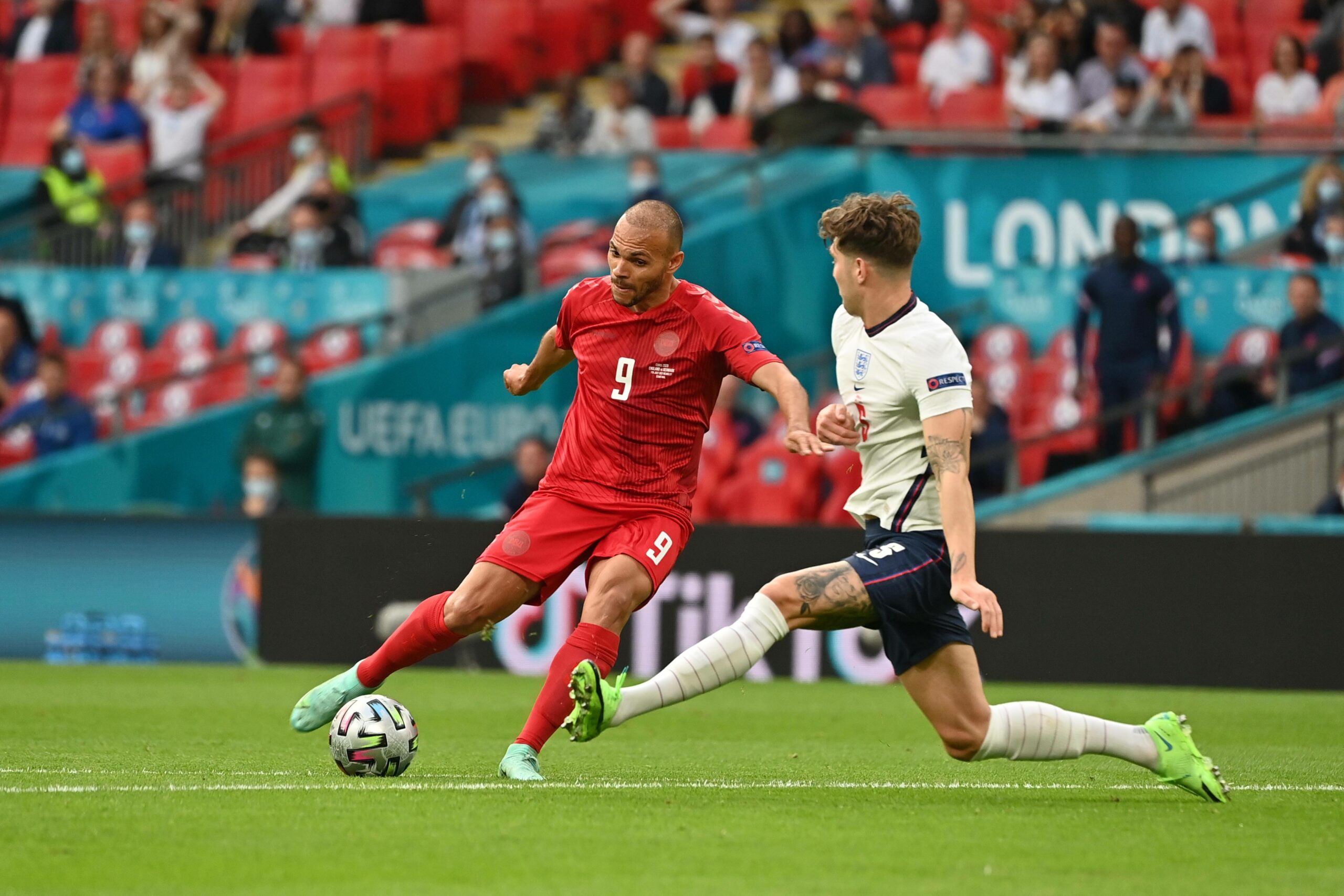 Martin Braithwaite’s future could be lying away from Barcelona, with three Premier League sides reportedly in the race for the Danes’ signature.

According to Spanish publication Sport, the Catalan juggernauts are confident of offloading their outcast in the coming days as West Ham, Brighton & Hove Albion, and Norwich City battle it out for Braithwaite’s services.

The 30-year-old forward arrived at Camp Nou as an emergency signing back in February 2020 for an €18million fee from Leganes. Barcelona received special permission to sign the Danish star amid an injury crisis.

However, Braithwaite has been relegated to playing second fiddle to the likes of Lionel Messi, Ousmane Dembele and Antoine Griezmann.

After registering just two goals and a pair of assists in 29 La Liga appearances last season, the ex-Toulouse man is on the verge of exiting Catalonia this summer.

The arrivals of Sergio Aguero and Memphis Depay have pushed Braithwaite to the fringes of Ronald Koeman’s side, and the departure looks imminent.

Despite his torrid spell at Barcelona, the striker has a host of admirers across Europe on the back of a solid Euro 2020 campaign with Denmark.

West Ham, Brighton and Norwich are all interested in taking Braithwaite to the Premier League, with the Hammers reportedly spearheading the chase. While Barcelona will be looking to recover their initial outlay on the player, a reasonable fee that covers the remaining transfer fee amortisation cost plus removes the wages off their books should be good enough to get the club to agree.

David Moyes is keen on adding a new striker to his team after failing to replace Sebastian Haller in January, and he has set his sights on the pacey Dane.

Meanwhile, Brighton need to bolster their firepower in the front third after netting a league sixth-low 40 goals last Premier League season as Graham Potter hopes to avoid another scary campaign.

Last but not least, Norwich are in the market for a reliable back-up option for star forward Temmu Pukki, who fired the Canaries back to the top-flight with another breathtaking Championship season.

Although the experienced forward should lead the line at Carrow Road next term, Daniel Farke wants another potent striker to boost his side’s hopes of preserving Premier League status.