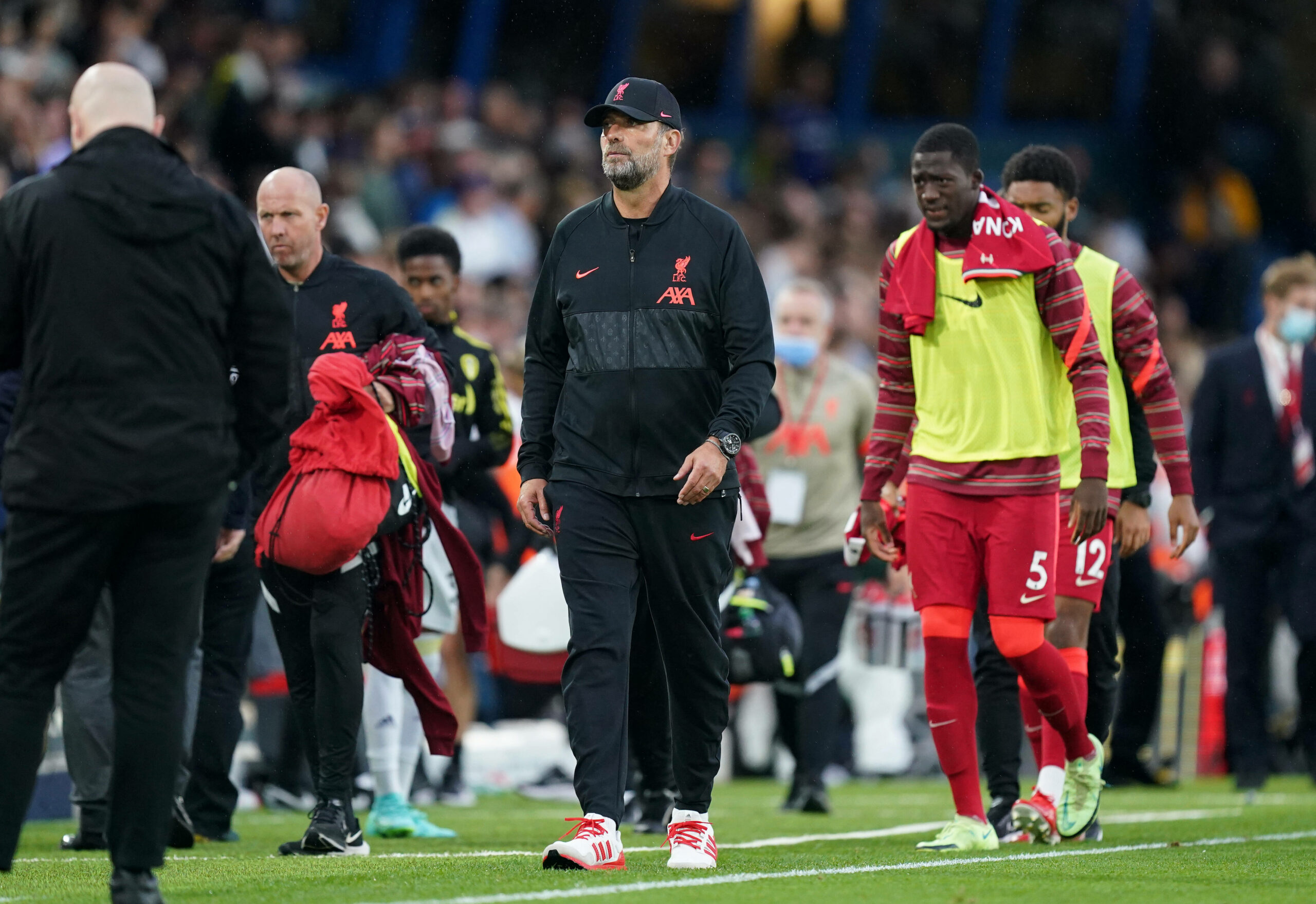 It’s Monday morning which means it’s time to roll out our ‘Three Things’ column – our less than respectful look at the latest round of games in the Premier League.

For anyone who hasn’t stumbled across this feature elsewhere, we’ll be digging out managers and pundits who talk nonsense, players who fall over too easily and pointing out other stuff that deserves criticism.

Without further ado, let’s get stuck into this week’s unwitting victims.

Let’s kick this off by saying that we hope Harvey Elliott makes a speedy recovery from the serious injury he suffered at Leeds United on Sunday.

However, the decision to send off Pascal Struijk was ridiculous. The Leeds United player made a fair challenge for the ball. The outcome was unfortunate. That’s it.

Liverpool manager Jurgen Klopp didn’t help matters in the aftermath by entering the field of play and clearly influencing the referee into issuing a red card.

Klopp was more bothered about bending Craig Pawson’s ear than the welfare of his player. Fine him and ban him from the touchline. He overstepped the mark.

Tottenham Hotspur manager Nuno Espirito Santo came in for plenty of criticism over his team’s dismal 3-0 defeat at Crystal Palace on Saturday.

However, he wasn’t helped by Japhet Tanganga’s brainless second-half dismissal and Harry Kane’s transformation into the Invisible Man.

Kane didn’t have a shot or touch in the opposition box for the first time in his Premier League career when playing the full 90 minutes, leaving Spurs with no attacking outlet.

The 28-year-old is a striker. It’s about time he concentrated on playing where he is picked instead of thinking he can pop up wherever he wants on the pitch.

Brentford received plenty of plaudits for picking up five points from their opening three games, but their defeat against Brighton & Hove Albion was a wake-up call.

Thomas Frank’s side were wasteful in front of goal against the Seagulls and got their just desserts as Leandro Trossard bagged a late winner.

The current odds of 11/4 on Brentford to be relegated could look extremely generous by the time those games have been played.