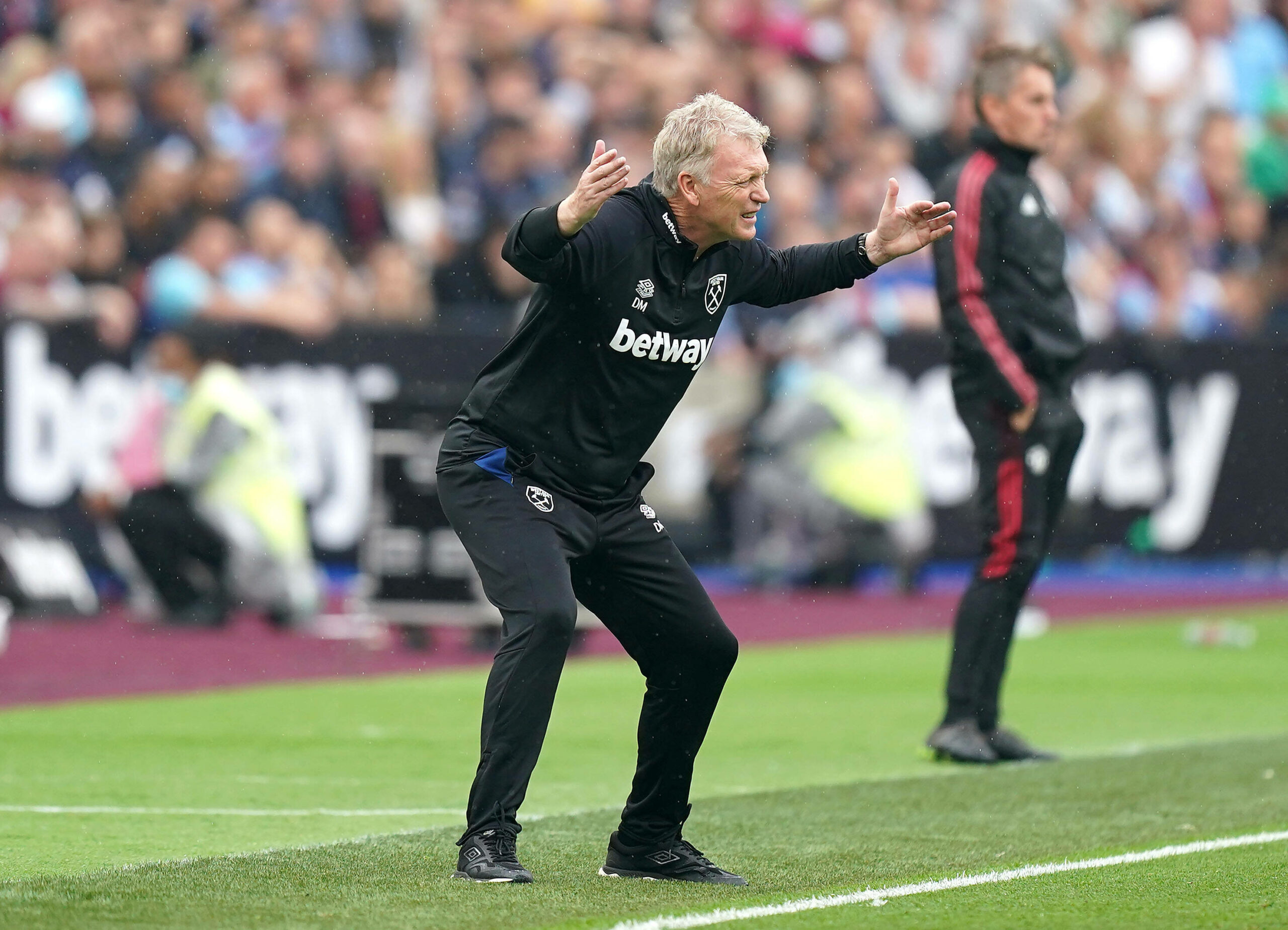 Monday is here again which means it’s time for our ‘Three Things’ column – our weekly look at some of the main talking points in the Premier League this weekend.

For those of you unfamiliar with the format, we dig out managers and pundits who talk nonsense, players who fall over too much and point out other stuff that needs criticising.

Moyes has received plenty of praise for the job he has done at West Ham United, but he fluffed his lines badly on Sunday.

With the Hammers trailing Manchester United 2-1 in stoppage time, his team were handed a penalty following a handball by Luke Shaw.

Declan Rice was the obvious candidate to take it, but Moyes inexplicably brought on Mark Noble to take the spot-kick which David de Gea saved.

Although Moyes tried to defend his move after the game, let no one be in any doubt – as decisions go, this one was brainless.

There was plenty of fanfare amongst Liverpool fans when the club signed Thiago Alcantara from Bayern Munich last year.

However, it is fair to say that things have not gone to plan, with the 30-year-old failing to live up to expectations in the Premier League.

Thiago played reasonably against Crystal Palace on Saturday, but he was forced out of the game after an hour with a calf injury.

It was recently reported that Liverpool could negotiate a swap deal with AC Milan involving Thiago and Franck Kessie. It would be a move that makes plenty of sense. Thiago is not all that.

Iwan Roberts made a passionate defence of Norwich City after they were demolished 5-0 at Manchester City earlier this season.

The former Norwich star hit back at critics who claimed the club were cheating their supporters by failing to invest sufficient resources into their squad.

He highlighted that the Canaries finished 10 points in front of ‘media darlings’ Brentford in the Championship last season as if that was a badge of honour.

The Bees have picked up eight points from their first five games. Norwich have collected none. The criticism of the East Anglian club is wholly justified.