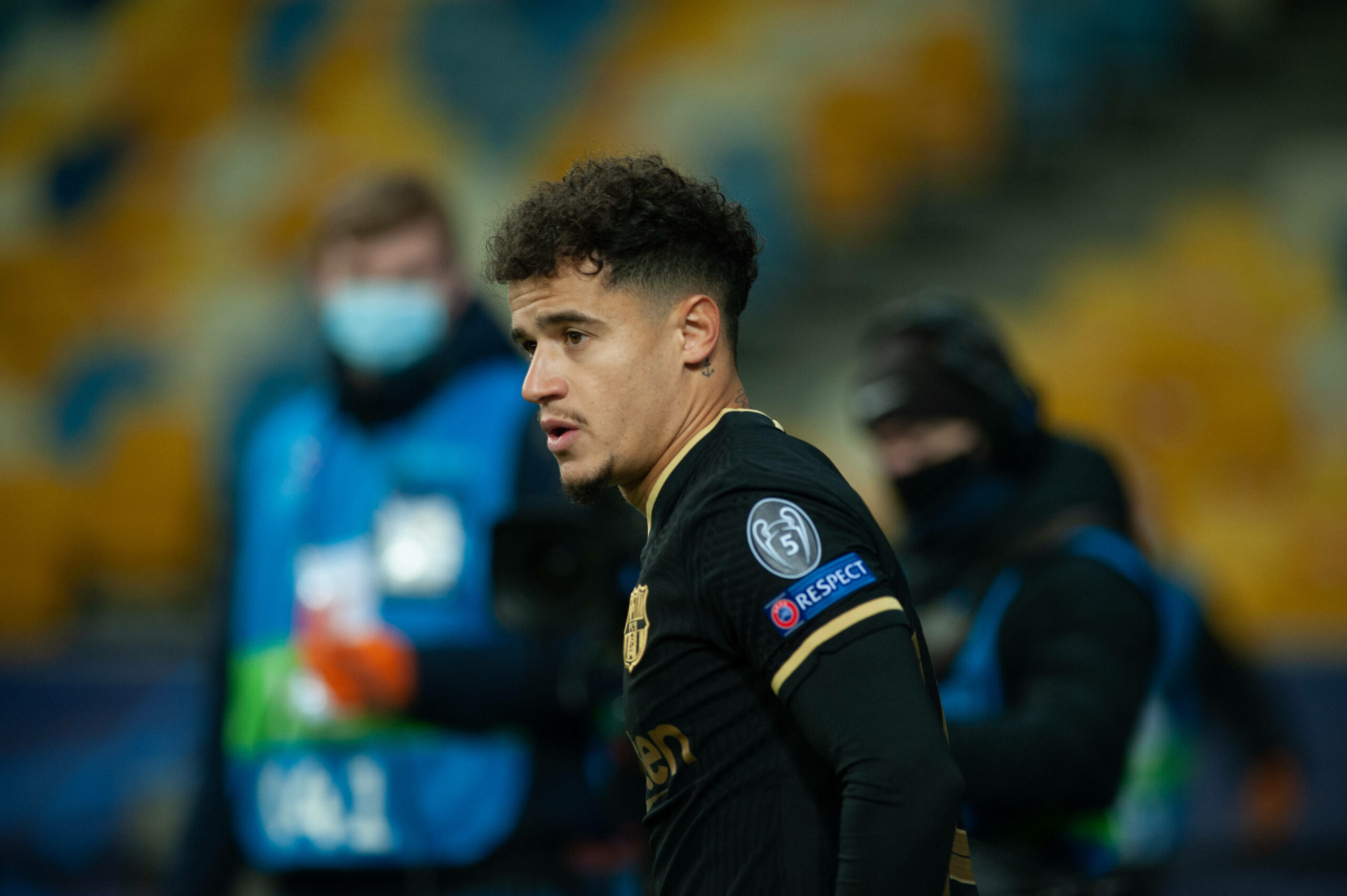 Tottenham Hotspur have targeted Philippe Coutinho as one of their summer signings if they decide to cash in on Harry Kane this summer.

Reports in Spain claim Spurs will look to make several top-class signings with the money generated from Kane’s departure.

Mundo Deportivo have stated that Coutinho’s agent, Kia Joorabchian, has already spoken to Tottenham over a possible deal to bring the 29-year-old back to the Premier League.

Coutinho has struggled to hold down a regular starting position in Barcelona’s midfield since joining the La Liga giants in a £142 million move from Liverpool in 2018.

The Brazilian registered a respectable seven goals and six assists in 18 appearances during the second half of the 2017/18 La Liga campaign.

However, the playmaker failed to win over the Barca faithful in his first full season at the club, notching five goals and two assists in 34 La Liga appearances.

The following season Coutinho was shipped to Bayern Munich on loan with an option to buy included in the deal.

The Bundesliga heavyweights opted against the permanent move despite the former Liverpool man featuring heavily in their successful Champions League campaign.

Coutinho’s 2020/21 season was brought to an abrupt end last December after he suffered a serious knee injury which required surgery.

With the new campaign fast approaching, Coutinho is looking to put his injury problems behind him and has since returned to first-team training with Barcelona.

The club’s hierarchy have made it clear they would prefer to cash in on Coutinho as they bid to recover from the financial implications of COVID-19.

Memphis Depay’s arrival at the Nou Camp and the emergence of 18-year-old sensation Pedri looks to have further restricted Coutinho’s chances of holding down a starting birth.

A return to the Premier League would be an ideal move for Coutinho who still has plenty to offer at the age of 29.

Coutinho starred for Liverpool during his five years at Anfield, bagging 54 goals and 45 assists in more than 200 appearances.

His intricate dribbling and knack for sensational goals quickly established him as a favourite amongst the Liverpool fans.

With Harry Kane making it increasingly obvious his desire is to play away from Spurs next season – following his absence from training this week – the London club will be in pole position to land Coutinho if they allow their club captain to seek pastures new.

Barcelona will be desperate to remove Coutinho from their hefty wage bill leaving Spurs with the opportunity to swoop in and land the midfielder on a shrewd deal.

Joining Tottenham would mark a fresh start for Coutinho. His quality is clear for all to see, but he is clearly a player currently low on confidence.

Arriving in north London would present the two time La Liga winner with the chance to rediscover himself and once more become the main man for his side.