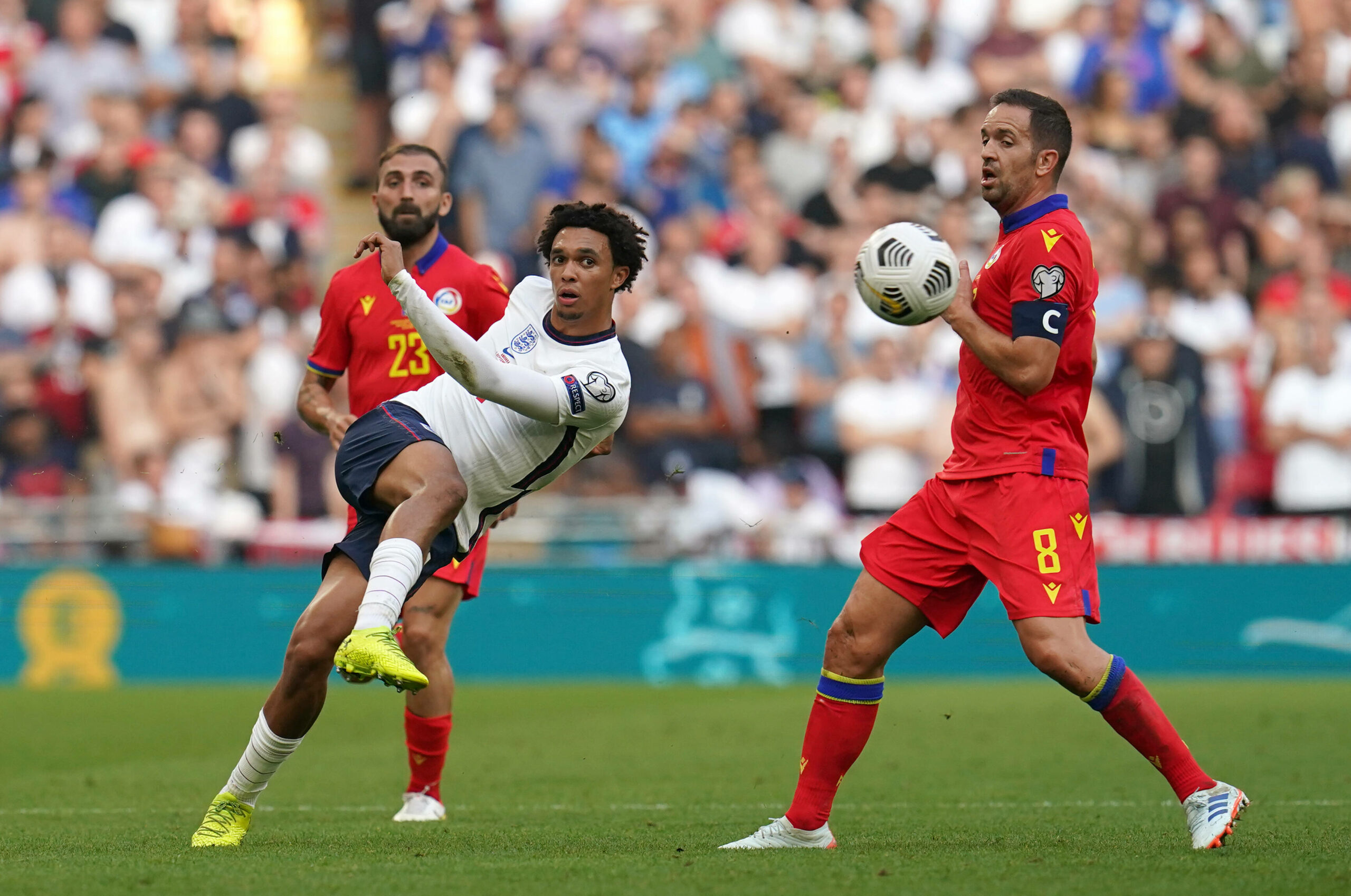 Liverpool right-back Trent Alexander-Arnold has confessed that he did not enjoy Gareth Southgate’s ‘experiment‘ during England’s 4-0 thrashing of Andorra.

The Three Lions gaffer deployed the 22-year-old in a more advanced position in the first half, though he dropped him back beyond half-time, allowing Chelsea’s Reece James to play in the middle of the park.

During the post-match interview, Alexander-Arnold admitted he struggled to get on the ball in his new role, even though he came through the ranks at Liverpool as a midfielder.

“It’s a new role for me, a bit different,” he told talkSPORT. “I think there’s been a lot of questions being asked whether I can or cannot play in there and a lot of opinions being voiced over the last few weeks.

“But whether I’m starting in there or starting right back, I think naturally I just find myself drifting into midfield, getting the ball and affecting the game.”

Alexander-Arnold was a midfielder at youth level, with Steven Gerrard describing him as a’ No 6, a holding midfielder’ in his 2015 autobiography.

He has often been touted for performing in a more advanced role due to his eye-catching playmaking skills and wide passing range.

However, the Englishman has grown into one of the most influential right-backs in the Premier League since making his senior breakthrough in 2018 under Jurgen Klopp.

The German manager has insisted on shifting Alexander-Arnold to a right-back position, which has turned out to be a massive hit.

The youngster has been an instrumental part of a Liverpool team that have lifted the Premier League and Champions League titles in the past few years.

His deadly crosses, set-piece skills, drifting into spaces and tremendous ability to carry the ball forward have helped him forge a reputation as one of the most prolific defenders in Europe’s top-five divisions.

After missing out on England’s European Championship campaign due to injury, Alexander-Arnold returned to the fold in September on the back of an impressive start to the 2021/22 season.

But due to fierce competition for places in the national team, he has struggled for regular first-team action under Southgate.

It could be one of the reasons the England boss has decided to switch the Reds star to the middle of the pitch.

However, Alexander-Arnold’s latest statement suggests we might not see him playing outside his comfort zone again.