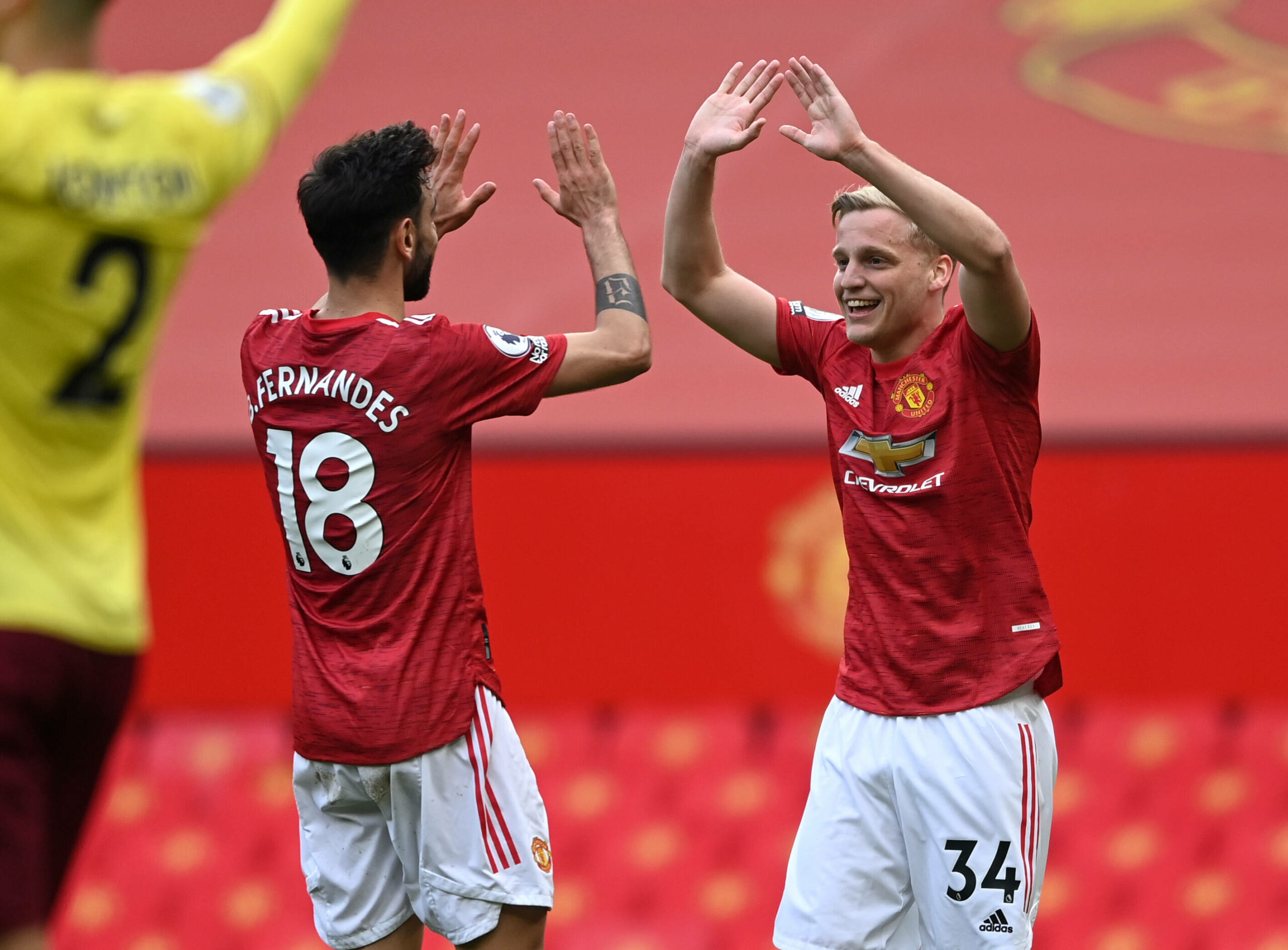 The 24-year-old was heavily linked with a move away from Old Trafford this summer, but he was denied the opportunity by manager Ole Gunnar Solskjaer.

Van de Beek and his agent, Guido Albers, have been fairly vocal over the past few days about the midfielder’s situation at Old Trafford.

However, Dutch legend van Basten has blasted the pair for targeting Europe’s biggest clubs when van de Beek was looking to leave Ajax.

“If you say you’ve talked to Real Madrid and then you go to Manchester United, you’re betting way too high,” he told Voetbal Zone.

“Van de Beek is not that good. As number ten of Ajax it is much easier than as number ten in Spain or England.

“In the Netherlands you are helped a lot, you get opportunities, but abroad that is not the case.”

Van Basten undoubtedly knows the time of day when it comes to his understanding of Dutch football.

His criticism of van de Beek in the number ten role is fair, particularly if you compare him to United star Bruno Fernandes.

However, van de Beek’s performance against Istanbul Basaksehir in the Champions League last season demonstrated that he can operate deeper.

Van de Beek could play in the double pivot alongside Scott McTominay, and his technical ability would be a huge upgrade on Fred.

The next few weeks will highlight whether Solskjaer will follow through on his promise to give van de Beek more game time.

If that fails to happen, van de Beek and his agent are likely to push for a move during the January transfer window.