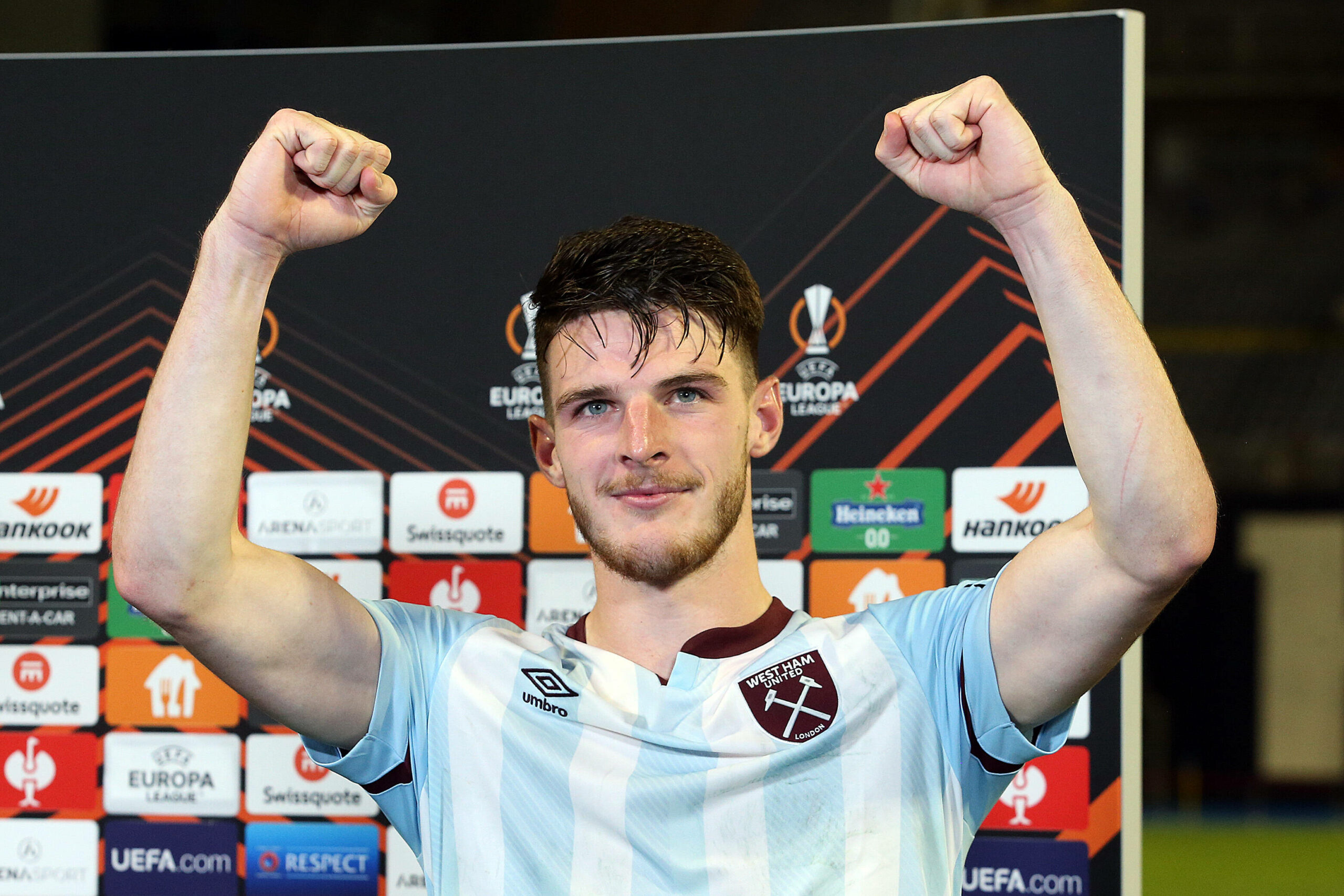 The Hammers made their Europa League group stage debut yesterday. They secured a comfortable 2-0 win in Zagreb as the hosts failed to register a single shot on target.

Michail Antonio scored the opening goal in the 21st minute after pouncing on a poor backpass. The Hammers could have doubled the lead before the break. Ryan Fredericks and Nikola Vlasic came close to scoring.

Shortly after the break, the Hammers made it 2-0 after a stunning solo effort from Rice.

The midfielder made a sublime lung-bursting run from his own half and went all the way to beat goalkeeper Dominik Livakovic with a side-footed effort that nutmegged him.

Rice had a hugely impressive 90 minutes for the Hammers. Aside from his wonderful goal, he was in full control of possession, displacing just one of his 54 attempted passes.

The goal capped off a perfect night for him and the Hammers. Some of the club’s faithful were delighted with his showing. Here are a few reactions on Twitter.

Rice has developed into a top-class midfielder during his time at the Hammers. Last season, he made a similar run from midfield against Arsenal, but Bernd Leno came to the Gunners’ rescue.

There has been much speculation over the midfielder’s future, but the Hammers will be determined to keep him. They may look to reward his efforts by raising his current £62,000-per-week salary.

There appears a contract stand-off at the moment, but the Hammers won’t be overly concerned by the situation with three years left on Rice’s deal with the option for another 12 months.

Stats from Transfermarkt.com and Sofascore.com.