Why would Paul Onuachu be a good signing for West Ham? 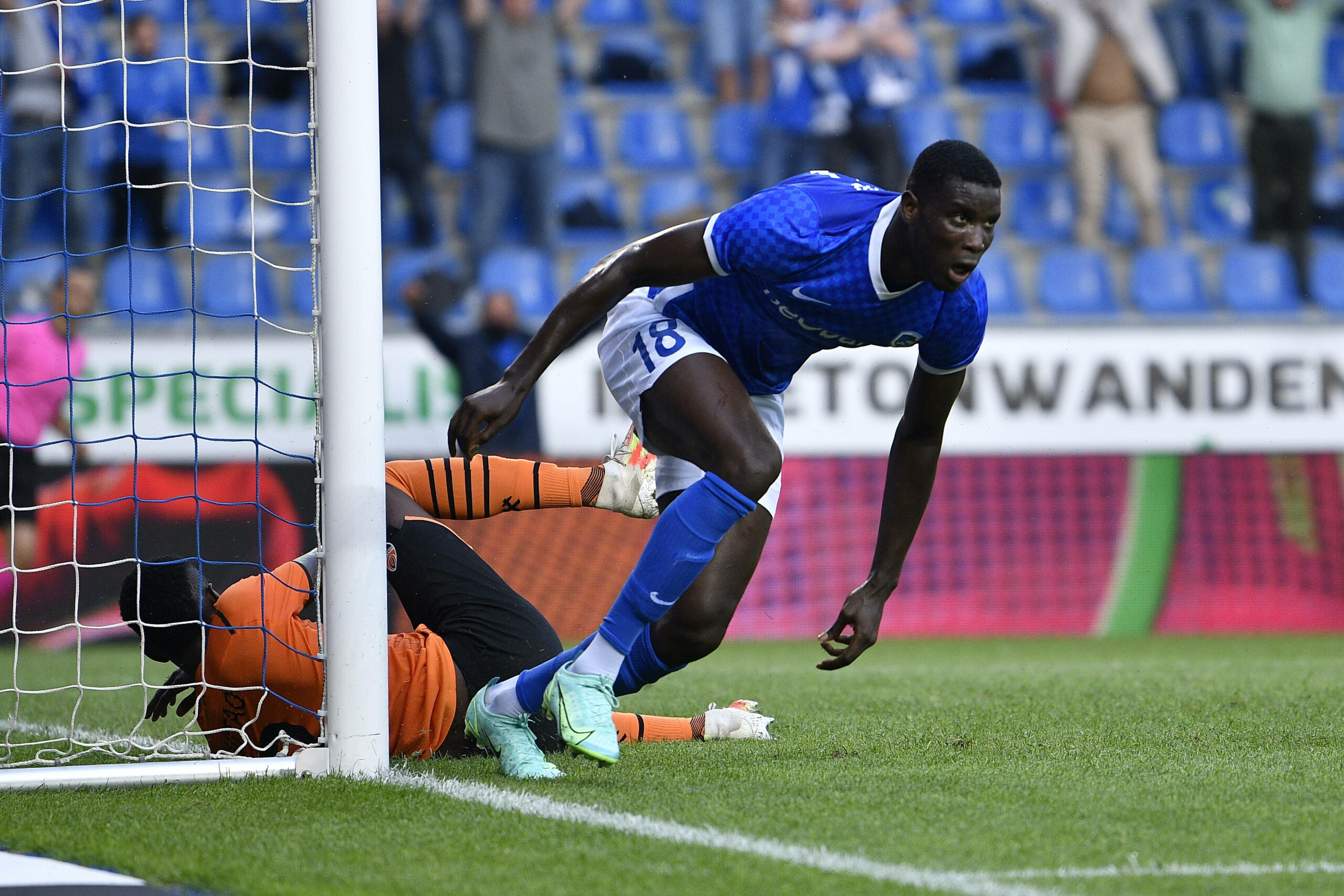 West Ham United have added Genk star Paul Onuachu to their list of targets as David Moyes’ search for a new striker continues to pick up momentum.

As reported by The Athletic, the Hammers have identified the 27-year-old as a potential long-term replacement for Sebastian Haller, who joined Ajax in January.

The report further adds that West Ham will have to fork out around £17 million to convince Genk to give the go-ahead.

Moyes is desperate to sign an out-and-out striker to lead the line at the London Stadium next term after failing to replace Haller in January.

However, West Ham’s attempts to persuade Manchester United to allow the Englishman to leave permanently have come a cropper.

Lingard’s scoring prowess helped the Irons secure Europa League football for 2021/22, but someone will have to carry the scoring burden in his absence.

Michail Antonio is Moyes’ solitary attacking option, even though he is not a classic No 9.

The 31-year-old forward struggled for consistency and fitness for most of the previous campaign.

Signing a new centre-forward features close to the top of Moyes’ list of priorities, but the club’s financial state continues to throw a spanner in the works.

But the Londoners’ hopes of striking a deal are long gone, given the Blues’ firm stance on their outcast’s £40m price tag.

Although Moyes would like Abraham to succeed Haller given his proven reputation in English football, the 23-year-old’s valuation is well out of West Ham’s reach.

Onuachu has now emerged more as a contingency plan if they fail to land other targets, but the Nigerian could be a perfect solution for the Hammers.

Before joining Genk in summer 2019, Onuachu was one of the most prolific strikers in the Danish Superliga, where he spent seven seasons at Midtjylland.

After coming through the ranks at the MCH Arena, the Nigeria international went on to register 74 goals and 23 assists in 181 appearances for the Danish side.

A move to Genk has helped Onuachu master his attacking skills, as witnessed by a return of 35 goals from 41 competitive matches last season.

He may not have the same pace as Abraham, but his physical and aerial presence would be second to none in the Premier League.

Onuachu is a true target-man, comfortable playing to the opposition goal with his back and using his strength to open spaces for his teammates.

While all of them have the pace and skills to take defenders one-on-one, Onuachu could serve to break congested backlines and unparalleled strength.

Based on that, West Ham may not be prioritising a move for Onuachu at the moment, but signing him could be one of their best deals in recent years.