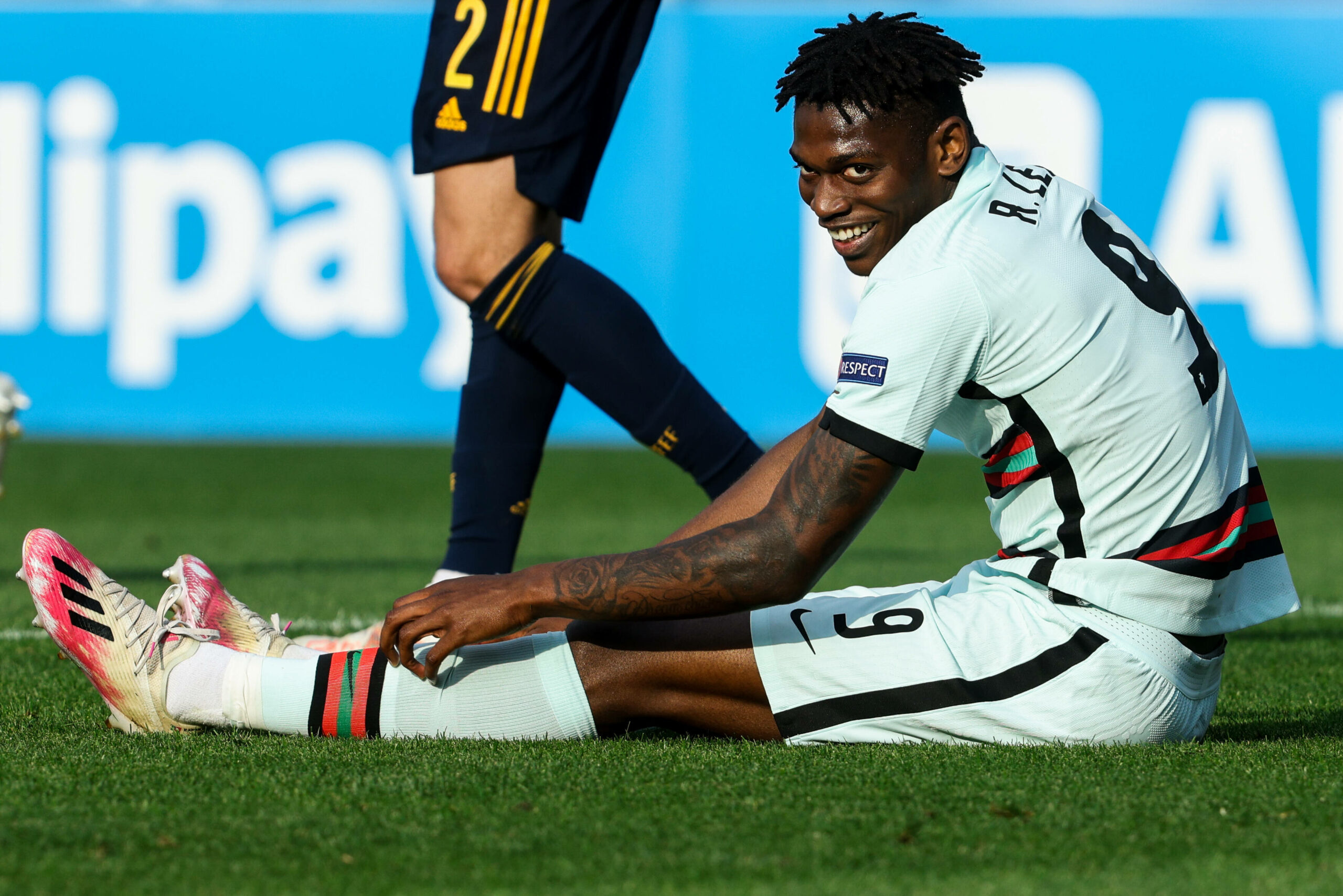 Wolverhampton Wanderers have opened talks with AC Milan forward Rafael Leao over a potential summer switch to the Premier League.

According to Corriere dello Sport, Wolves have made contact with the player’s agent Jorge Mendes to lay the groundwork for the Portuguese’s move to Molineux.

Bruno Lage’s prime objective in the ongoing transfer window is to bolster his attacking options.

Indeed, the Midlands outfit could only manage the fifth-lowest return of 36 goals from 38 Premier League fixtures last term.

With star striker Raul Jimenez spending most of the season on the sidelines due to a head injury, Wolves struggled to trouble the scoreboard enough.

Lage now wants to improve his attacking department and sees Leao as an immediate upgrade on Adama Traore and Daniel Podence, who both struggled for the impact this past season.

Although Wolverhampton boast a friendly relationship with Mendes, they will need to make a substantial financial effort to persuade Milan to allow the move.

The Rossoneri want £44million to let the 22-year-old leave this summer, as per Calciomercato.

Milan forked out €28m to prise Leao away from Lille in summer 2019 and now look to earn around double that fee.

The super-talented forward performed in patches last season but still managed to add six goals and six assists in 30 Serie A appearances to his name.

Leao’s versatility, pace and technical skills make him invaluable to Stefano Pioli, which further derails the chances of Milan sanctioning his departure.

However, a special relationship between Wolves and Mendes might eventually tip the scales in the Premier League side’s favour.

Tottenham on the cusp of signing Christian Romero from Atalanta
Official: Son pens a new long-term contract at Tottenham