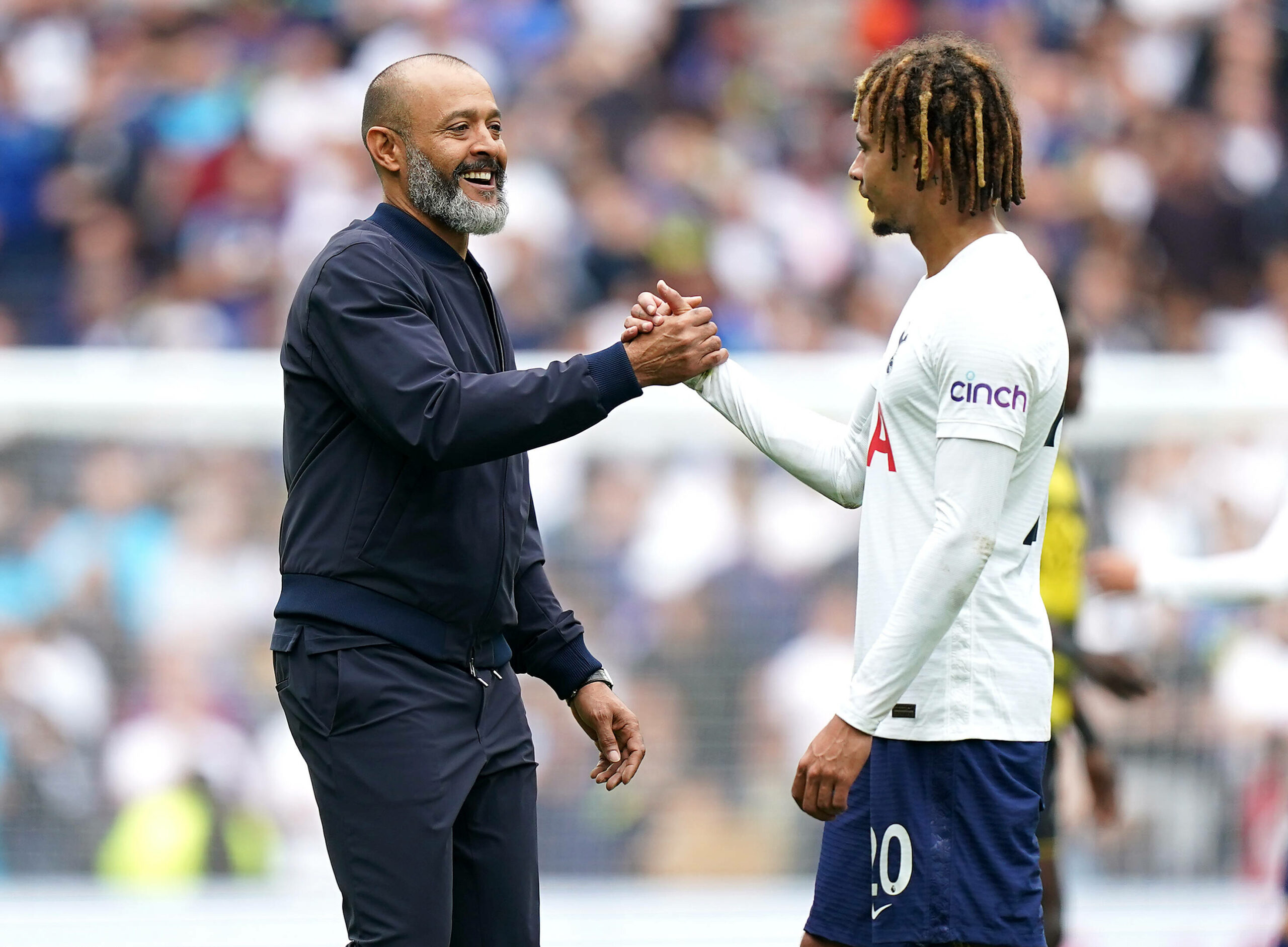 Nuno, who took over the managerial reins in London this summer, already upset Wolves earlier in the season, guiding Spurs to a hard-fought 1-0 Premier League triumph at Molineux in late August.

Although the Portuguese strategist enjoyed a dream start to his new job, his adventure in the capital is turning into a nightmare on the back of a series of poor results.

Coming into this showdown, Tottenham are on a bounce-back mission after falling to a dreadful 3-0 home defeat to cross-city rivals Chelsea in the Premier League last weekend.

Given Wolves’ woeful season, this looks to be a prime opportunity for Harry Kane and co to regain some confidence and kick on after an underwhelming spell.

Under-fire manager Bruno Lage must be aware of potential premature farewell as his Wolves side cannot catch a break this season.

Barring a 2-0 away victory over promoted Watford a fortnight ago, the Midlands outfit have lost each of their remaining four Premier League fixtures without scoring.

Wolves fell to a thoroughly disappointing 2-0 home loss to top-flight debutants Brentford at Molineux on Saturday without producing a single shot on target.

It goes from bad to worse for Wolves, as they have yet to score at Molineux this season, losing all three matches here by an aggregate scoreline of 4-0.

Since lifting the League Cup crown in 1980, Wanderers have suffered elimination at the hands of top-flight opposition in 16 of their subsequent 18 such ties.

Wolves fell to a 1-0 defeat to Stoke City at Molineux in their last League Cup game here, last losing back-to-back home fixtures in the competition between September 1998 and August 2000.

Tottenham have gone from a hat-trick of 1-0 Premier League triumphs to a brace of 3-0 top-flight defeats, including a humiliating reverse at Crystal Palace in their most recent domestic trip.

All competitions included, Spurs have returned just one win from four matches away from home this season (D1, L2), drawing a blank in both defeats in this sequence.

After a couple of low-scoring affairs on the road, both of Tottenham’s last two competitive away fixtures have featured at least two second-half strikes in games garnering 3+ total goals.

Spurs were one step away from conquering this competition last season, but Manchester City came out on top of their 2020/21 Carabao Cup final encounter.

However, the Londoners should be confident of making it to the next stage, as they’ve only failed to progress from the third round twice across the last nine seasons.

Except for his first-half brace in Tottenham’s 3-0 second-leg triumph over Pacos Ferreira in their Europa Conference League play-off tie, Harry Kane has failed to score in his remaining five competitive appearances this term.

Whether or not Nuno decides to play his hardest hitter, the England captain has endured a tough time against Wolves lately, scoring just once in his last four meetings with this opposition.

Both sides have struggled in front of goal this season, so we might have a cagey, low-scoring affair on our hands here.

Wolves have drawn a blank in all but two of their six competitive outings so far, while Spurs failed to trouble the scoreboard in their last two domestic fixtures.

Each of their last three Premier League meetings has contained under 2.5 total goals, which has been the case in their previous two H2Hs at Molineux.

Given both teams’ inconsistency, it’s almost impossible to predict the winner, though one thing remains certain – a victory would be a huge confidence booster for the victors.

There is a feeling that whoever scores first should be able to see out this tie.